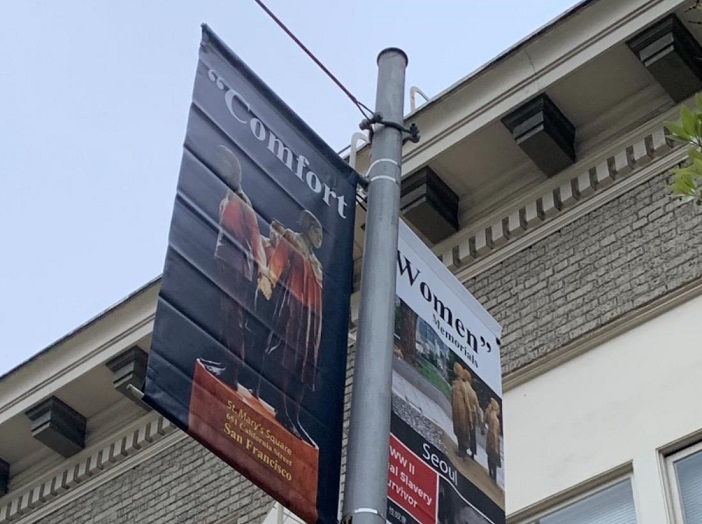 SEOUL, Aug. 16 (Korea Bizwire) — A Korean foundation working to raise public awareness in the U.S. about the historical truth of Japanese sex slaves has set up a banner that promotes a memorial statue for so-called comfort women.

Jin Duck & Kyung Sik Kim Foundation set up banners in 24 locations in downtown San Francisco to promote the memorial statue. The banners will be up for a whole year.

The banners have been set up to honor the fourth anniversary of America’s first sex slave monument ever to be built in a metropolitan city as well as the second anniversary of the ‘Unity for Justice’ monument built in Mount Nam, Seoul.

The banners carry photos of the two monuments with stories about how the Japanese military organized and exploited comfort women in World War II. 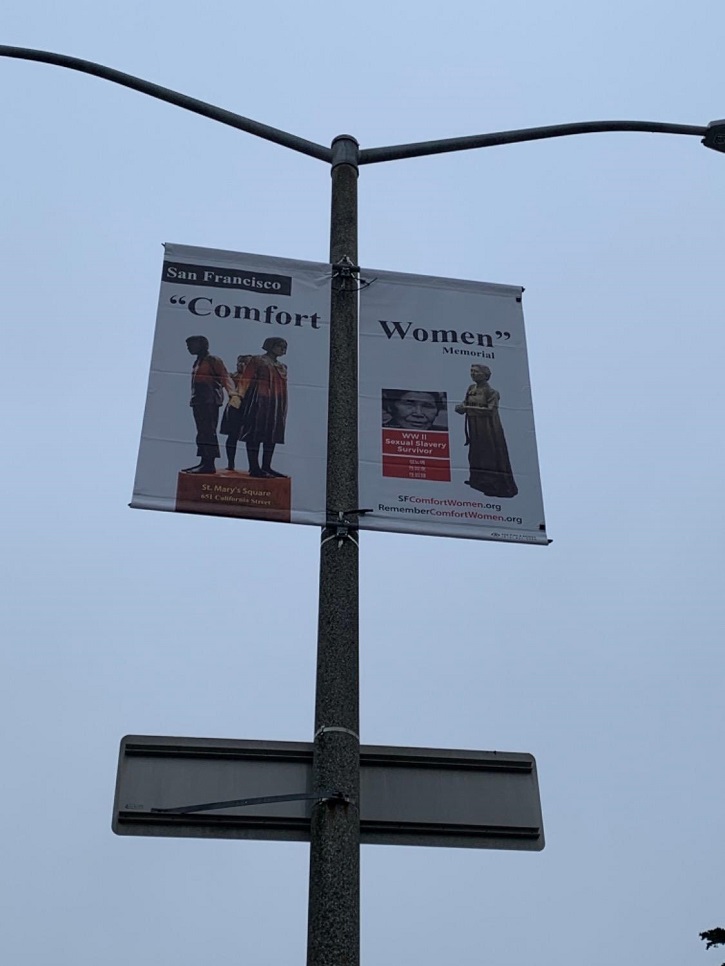