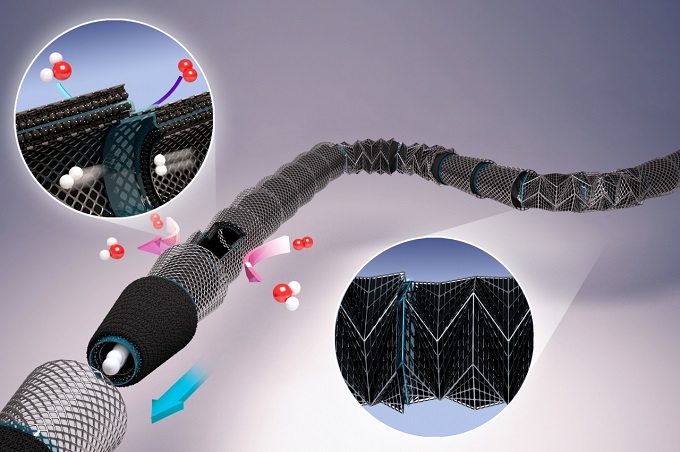 DAEJEON, Sept. 10 (Korea Bizwire) — The Institute for Basic Science announced that it has developed an ultra-small fuel cell with greatly reduced weight and bulk.

A fuel cell typically consists of end plates, a separation membrane and a membrane electrode assembly (MEA), the component that actually makes electricity.

The research team proposed the idea of reducing the overall weight of the fuel cell by curtailing the roles of end plates and separation membrane, which are typically quite heavy.

Even when the end plates are removed, the shape of the fuel cell can be maintained if cone-shaped units are piled up on each other and connected together.

In addition, the role of the separation membrane can be replaced by using the inside of the tube as a channel for hydrogen and the outside of the tube for oxygen supply.

Using such methods, the research team succeeded in reducing the overall weight of the components excluding the MEA by 60 percent.

In particular, the bulk of the fuel cell can be halved by folding it around the wrinkle line. The research team added that the newly developed fuel cell can be flexibly bent like a straw while maintaining the same performance.