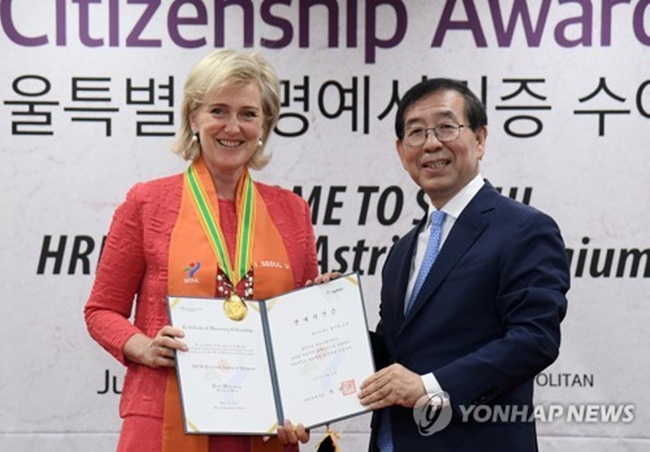 SEOUL, June 12 (Korea Bizwire) – Princess Astrid of Belgium has been granted honorary citizenship by the city of Seoul, the city government said Monday.

Princess Astrid arrived in Seoul on Saturday for a weeklong visit as a special envoy of the current monarch and her brother, King Philippe, with a group of 258 delegates to foster economic ties with South Korea.

She was presented with the certificate of honorary citizenship from Seoul Mayor Park Won-soon later in the day, according to the Seoul Metropolitan Government. The princess and the mayor clinched an agreement aimed at boosting exchanges between Brussels and Seoul,

It is the first time for a Belgium economic mission to visit the country since 2009.