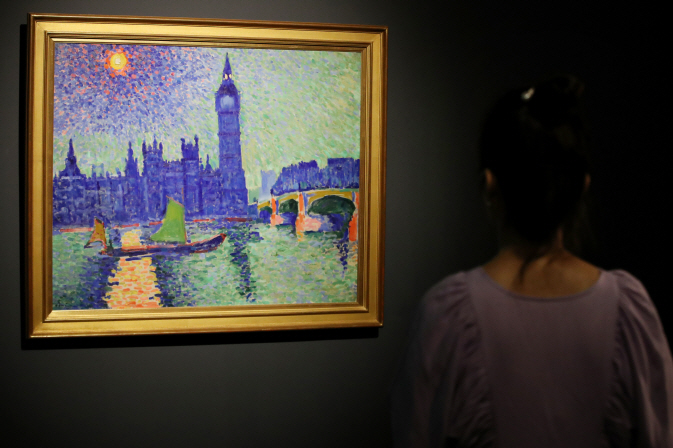 The image on the wrapping is ‘Big Ben’ by André Derain, a French artist famous for introducing Fauvism, a modern style of painting.

The Big Ben image was installed on the central stairway that leads to the Sejong Center, concurrent with the exhibition on Fauvism that is being held at Sejong Gallery. 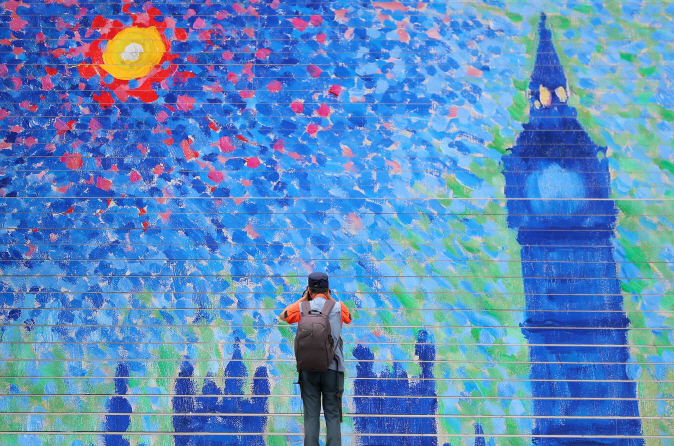 Its popularity, however, seems to be growing thanks to the summer heat. Photos of the stairway are being posted on Instagram and other social networks.

Sejong Center said that Big Ben will be available until July 31. 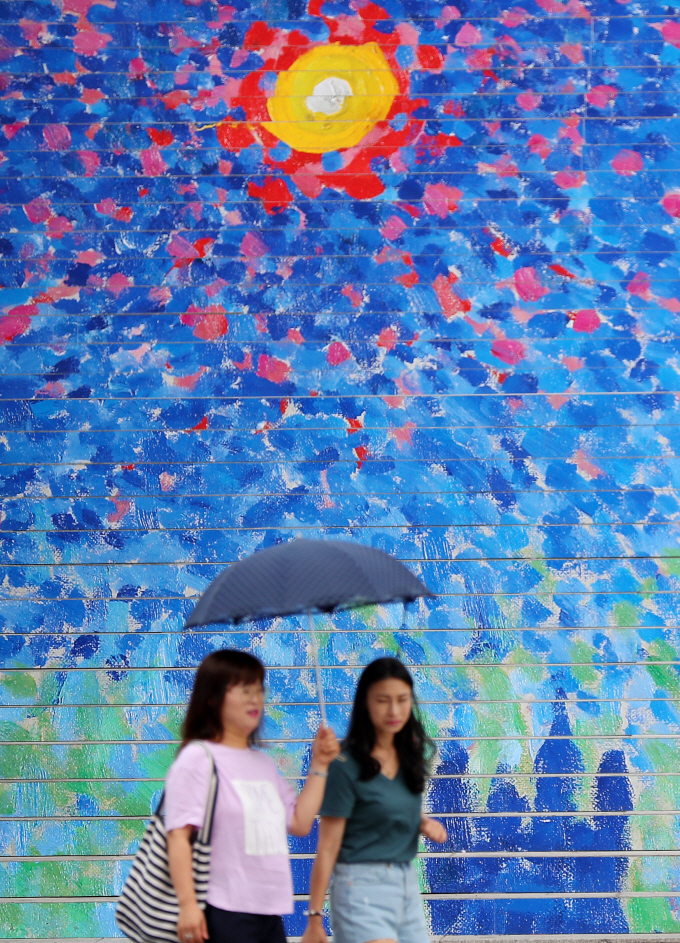