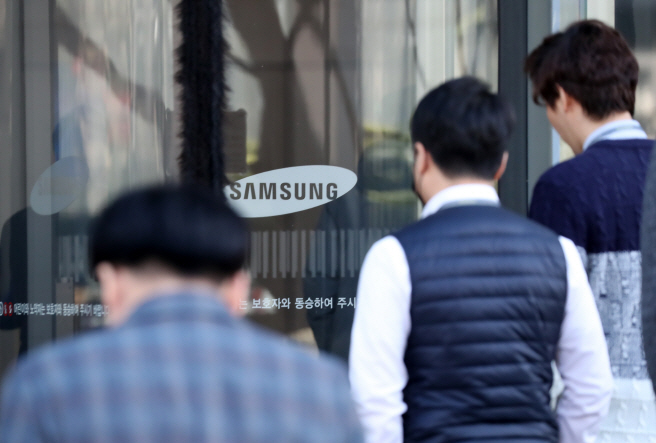 Top-cap Samsung Electronics Co. recently decided to lower the maximum amount of performance pay for workers at its semiconductor division to 29 percent of their annual salary from 50 percent in 2018.

Samsung, the world’s leading memory chip maker, has been plagued by sluggish earnings since 2018 due to a supply glut of chip products, following a two-year memory chip boom.

Instead, the flagship of South Korea’s third-largest conglomerate SK Group paid employees a special bonus amounting to 400 percent of their salary.

Operating profit of SK hynix, the world’s No. 2 DRAM maker, came to 2.7 trillion won in 2019, down a whopping 87 percent from a year earlier.

The tumble in operating income also forced the company to reduce its dividend payments for 2019 to two-thirds of the previous year’s amount.

Home appliance giant LG Electronics Inc. is widely expected to cut back on its performance pay as its 2019 operating income shrank 10 percent from the prior year.

LG, whose performance pay stood at a maximum 500 percent of base pay, is slated to make payments in late February after consultations with the labor union.

Major display panel maker Samsung Display Co. has decided not give employees performance pay, and LG Display Co. is forecast to follow suit after chalking up an operating loss of 1.4 trillion won.

Chemicals manufacturers, including industry leader LG Chem Ltd., are said to have cut their performance pay sharply because of lackluster earnings last year.

According to Yonhap Infomax, the financial news arm of Yonhap News Agency, the combined operating income of 167 listed firms, which announced their 2019 earnings as of Tuesday, reached 72.1 trillion won, down 43.3 percent from a year earlier.