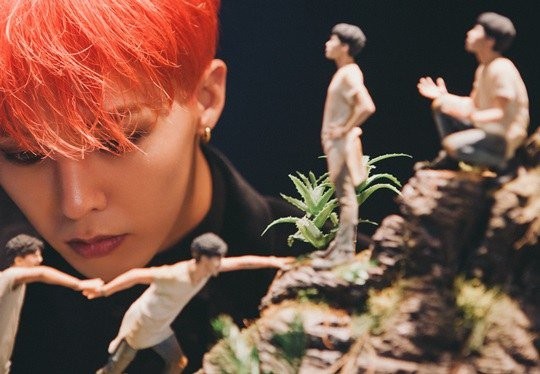 The exhibition has drawn much attention for being the first-ever exhibition of art works created in collaboration with South Korean pop star G-Dragon of BigBang. (image: Seoul Museum of Art)

SEOUL, June 9 (Korea Bizwire) – The much-awaited exhibition of artwork visualized by a young icon of Korean pop music has kicked off at a Seoul gallery.

The “PEACEMINUSONE: Beyond the Stage” exhibition began receiving visitors at the Seoul Museum of Art in downtown Seoul on June 9. The exhibition, a co-production of YG Entertainment and the museum, showcases some 200 works of art from installations, sculptures and photographs to paintings.

The exhibition has drawn much attention for being the first-ever exhibition of art works created in collaboration with South Korean pop star G-Dragon of BigBang.

For the exhibition, the singer spent about a year with 14 contemporary artists, including Michael Scoggins and Sophie Clements from the U.S., James Clar and Quayola, both from London, and Fabien Verschaere from France, along with domestic counterparts such as Kwon Oh-sang and Bang & Lee.

Also included among the items on display are art pieces from G-Dragon’s own collection and his own creations.

Some in art circles have criticized the Seoul municipal art museum over the extraordinary collaboration between a pop star and artists by saying, that it is using the pop star’s marketing power to attract visitors, or that it is making a commercial exhibition with taxpayers money. Meanwhile, others welcomed the trial, saying that it was an original idea and that it might boost the popularity of the arts among the general population.

Kim Hong-hee, director of the Seoul Museum of Art, said, “The collaboration with G-Dragon was both an experiment and a burden. Such a challenge is usually accompanied by risks, but no change can come without a try.”

“The museum set a precedent for future artists by visualizing G-Dragon’s musical vision in artwork, and this will be a chance to attract new museum-goers,” she added.

During a press conference held on June 8 at the museum, G-Dragon said, “I wanted to participate in a project that crosses between pop culture and contemporary art. I hope the general public that has no knowledge of art or thinks art is too difficult to understand will be able to become familiar with the genre through me.”