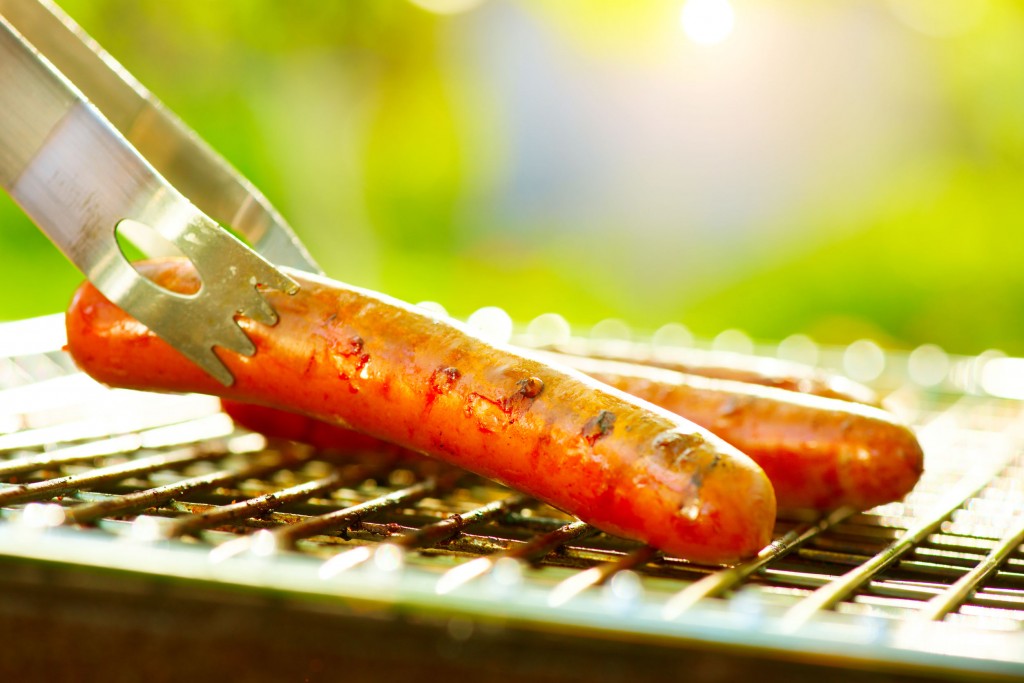 The team said meat can burn more easily when the flame touches its surface, and produce carcinogens, thus leading to a higher consumption of the cancer-causing agents. (image: KobizMedia/ Korea Bizwire)

GIMHAE, South Korea, Jan. 3 (Korea Bizwire) – You might want to reconsider your options the next time you barbeque ham and sausages.

A recent study by an environmental engineering team at Inje University revealed that cooking processed meat like ham and sausages directly on an open flame (i.e. charcoal fire) can dramatically increase the content of polycyclic aromatic hydrocarbons (PAH), organic compounds known for their cancer-causing properties.

The team, led by professor Park Heung-jai, measured the PAH content of 13 different types of processed meat, which also included Spam and bacon, before and after cooking to arrive at its conclusion.

The team selected five meat types at random to measure their PAH content.

According to the team, it discovered PAH in all five randomly selected meat types prior to cooking, with content ranging from 0.6 ng to 7.2 ng per gram of meat.

When five other randomly selected types of meat were cooked using a frying pan, with no direct contact with the flame, PAH was discovered in four of them, ranging from 12.3 ng/g to 22.1ng/g, while for meat cooked using a charcoal fire, with the flame directly touching the meat, PAH was discovered in all five, with the levels ranging from 12.7ng/g to up to 367.8ng/g.

The team said meat can burn more easily when the flame touches its surface, and produce carcinogens, thus leading to a higher consumption of the cancer-causing agents when using the latter method for cooking.

“PAH are not only found in the raw materials, but also produced depending on the method of cooking, which is why direct flames are best avoided when cooking processed meat,” said the team.