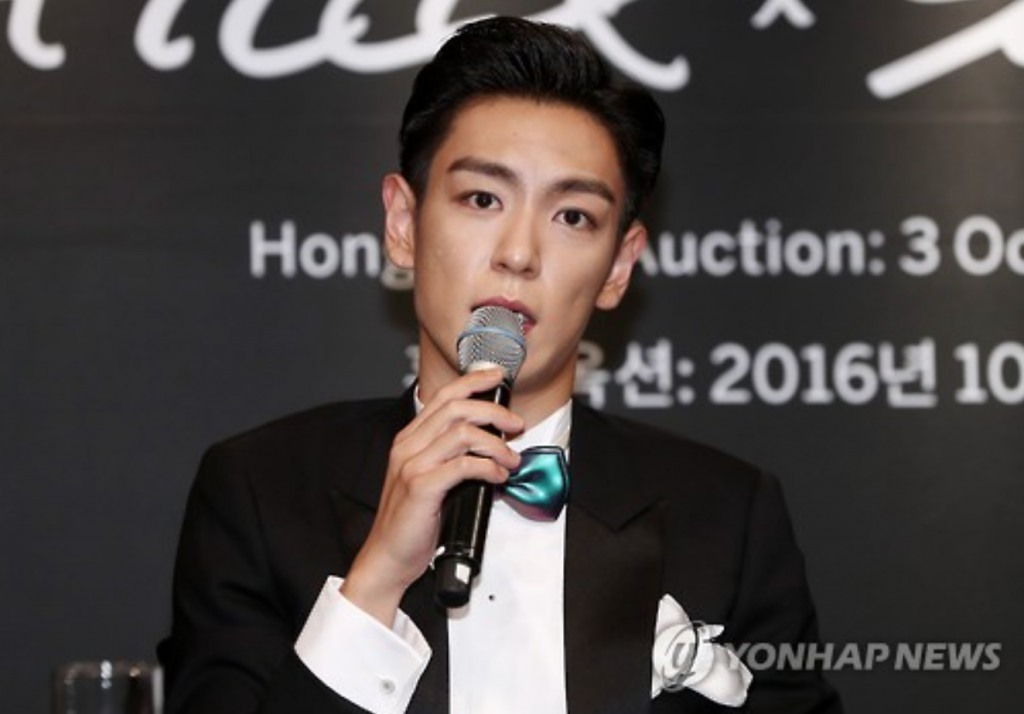 SEOUL, Sept. 20 (Korea Bizwire) – T.O.P of the popular K-pop boy band BigBang said Monday he feels honored to curate a charity auction by one of the world’s largest brokers of collectibles.

“I carefully chose each one of the items to be put on sale in this event together with the Sotheby’s, keeping in close contact for more than one year,” the 29-year-old singer-rapper said during a news conference in Seoul to promote the event. “I feel really great and honored to be taking part in the event and for the confidence that Sotheby’s has given to me even though I’m just a young art collector.”

The BigBang rapper will present an art collection labeled “#TTTOP,” on Oct. 3 in Hong Kong. More than 25 pieces worth US$11.5 million from up-and-coming Asian and renowned Western artists will be put on sale. Among the distinguished artists presented are Andy Warhol, George Condo, Rudolf Stingel, Sigmar Polke, Kim Whan-ki, Lee U-fan and Paik Nam-june.

Also included are works by rising Japanese, South Korean and Chinese artists such as Gokita Tomoo, He Xiangyu and Saito Makoto and the singer’s friends and modern artists Takashi Murakami and Nawa Kohei.

“I selected works that best suit my taste as a young collector,” said the star whose Korean name is Choi Seung-hyun. “I also put importance on the freshness of ideas and the size of beauty behind them.” 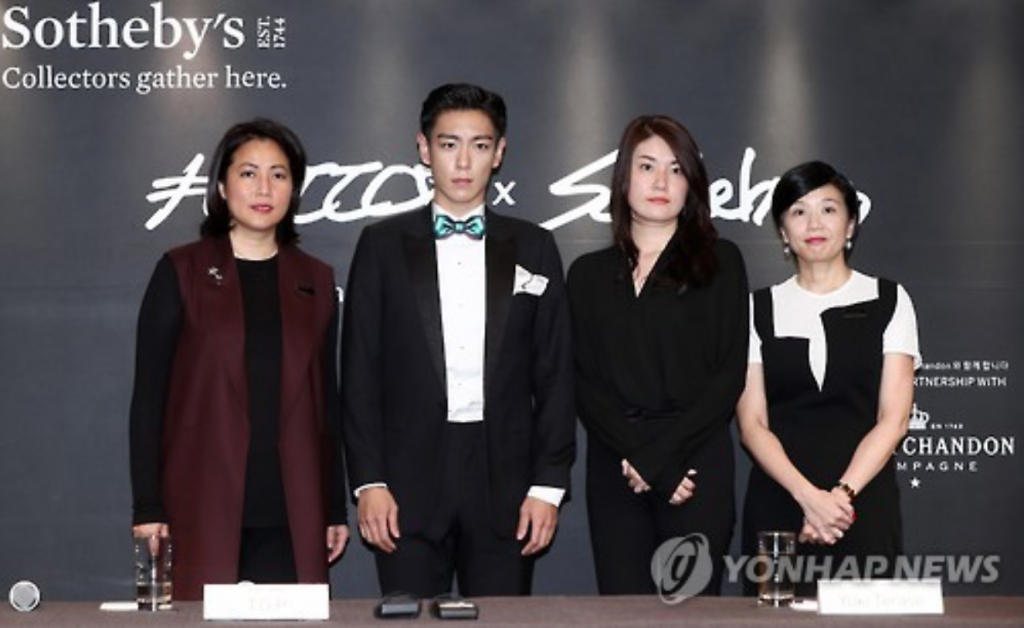 The singer-songwriter-actor is also known for his passion for collecting furniture and contemporary art work. He previously worked as the curator of a contemporary art exhibition titled “The Eye Zone” at Singapore Art Science Museum.

Despite his passion for art, however, the Korean singer confided that participating in the auction as a curator was not an easy choice.

“I came to know Terase through a Japanese collector about a year and half ago and heard that Sotheby’s wanted to do a project with a young collector,” he said, referring to Yuki Terase, a specialist in Sotheby’s Contemporary Asian Art department. “I usually have much interest in fine art, but hesitated a lot, fearing that people would look at me with a judgmental eye.”

What drove him to accept the offer was Sotheby’s plan to donate part of the profits from the “#TTTOP” auction to The Asian Cultural Council, a non-profit foundation engaged in fostering economically struggling young art talent in Asia.

T.O.P said he knew difficulties of artists quite well because he has many close relatives who studied painting.

“This is not the usual kind of commercial auction but a goodwill event to help struggling young artists,” he said. “I hope there will be a good outcome.”

Wong said it was the global rise of Korean art that helped her enjoy the “privilege” of collaborating with the BigBang member.

“The emergence of modern and contemporary Korean art in the international market has been eye-catching. We’ve also seen Korean clients participating in our auctions in Hong Kong, London and New York,” she said during the news conference. “This is a privilage to be working with T.O.P this October, bringing in an exciting sale to the Korean market and to the wider audience.

“We believe our bringing highights from some of our international auctions to Seoul will excite the market and deepen our relationship with the local collecting community.”

The preview exhibition for the auction is scheduled for Sept. 21-22 in Seoul and Sept. 30-Oct. 3 in Hong Kong.