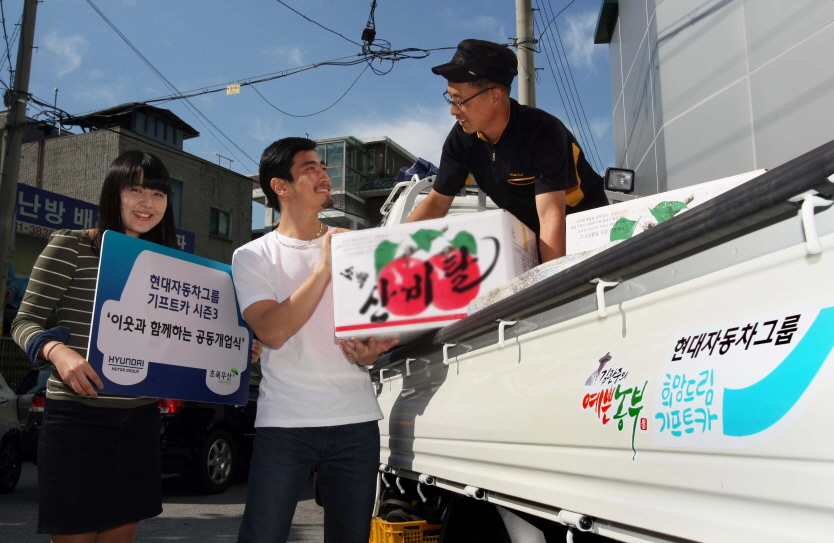 SEOUL, Aug. 20 (Korea Bizwire) — South Korea’s top family-controlled conglomerates, known here as chaebol, are scrambling to ramp up their community outreach programs in a bid to burnish their image and quell escalating anti-chaebol sentiment sparked by a nasty power struggle at Lotte Group.

Lotte, the fifth-largest conglomerate, remains embroiled in a family feud over control of the sprawling business empire, which involves the nonagenarian founder and his two sons in their sixties. The fight has laid bare Lotte’s murky governance structure, raising many eyebrows and prompting policymakers to move to review chaebol policy.

Lotte Chairman Shin Dong-bin was even forced to offer a public apology after the family squabble prompted consumers here to boycott Lotte goods and services amid rekindled anti-chaebol sentiment.

In another episode that tarnished chaebol image, Cho Hyun-ha, then vice president of Korean Air Lines Co., made headlines in December after being involved in the so-called “nut rage” incident.

Cho, the daughter of the airline’s chairman, stopped her flight that had been taxiing at New York’s John F. Kennedy Airport after lashing out at several crew members over the way a bag of macadamia nuts was served.

The case sparked public outrage and served as a vivid reminder that scions of chaebol owners could exercise omnipotent power within their business empires. The 40-year-old was later charged with in-flight violence, intimidation and obstruction of business.’

Watchers say chaebol’s stepped-up social contributions come amid growing concerns that seething anti-chaebol sentiment could snowball into a much bigger problem for their business.

“At a time when anti-conglomerate sentiment is running high, it’s becoming more apparent that major business groups are trying to improve their corporate image by shifting their focus to social contribution activities,” a corporate official said.

SK Group, South Korea’s No. 3 conglomerate, said it is reviewing plans to lend support to the socially vulnerable, in an apparent move to ease public anger over the release of its chairman from prison.

Chairman Chey Tae-won had been serving a prison sentence since 2013 for embezzlement, but was freed last week thanks to a special presidential pardon marking the country’s Liberation Day.

SK announced Wednesday that it will donate 100 billion won (US$84 million) to better housing conditions for the elderly over the next three years. The group also said it is reviewing plans for aiding social enterprises, or businesses that contribute to the community by hiring those in need and working toward shared growth.

Samsung Group, which pushed ahead with a much-disputed merger of two of its affiliates, has not been able to dodge negative publicity in recent months as well.

The merger of its construction arm Samsung C&T Corp. and Cheil Industries Inc., the group’s de facto holding firm, was scrutinized by U.S. hedge fund Elliott Associates as a low-ball deal that only benefited the likely heir of the corporate empire, Lee Jae-yong.

With the takeover nearing a conclusion after it was approved by shareholders of both units, Samsung Group announced this week that it will create some 30,000 new jobs for the younger generation over the next two years to tackle youth unemployment in line with the government’s efforts to improve the job market.

In addition, the group has a series of ongoing projects to satisfy corporate social responsibility. Samsung has given out a total of 40 billion won for global disaster relief efforts between 2012 and 2014, and also contributed 59 billion won for the impoverished as well as for building schools in developing economies.

Hyundai Motor Group, the world’s fifth-largest auto conglomerate, has also shown consistent effort in promoting itself as a community-friendly enterprise, having donated an accumulative 159 billion won to a state-backed charity agency for the past 12 years.

Moreover, the auto giant also has an on-going program called the “Gift Car Campaign” in which it provides either the Porter truck by Hyundai Motor Co. or Kia Motor Corp.’s Bongo truck for people starting their own business.

Other conglomerates such as LG, Hanwha and Doosan have also been redoubling their community outreach programs in an effort to win over the hearts and minds of the public and boost their images.