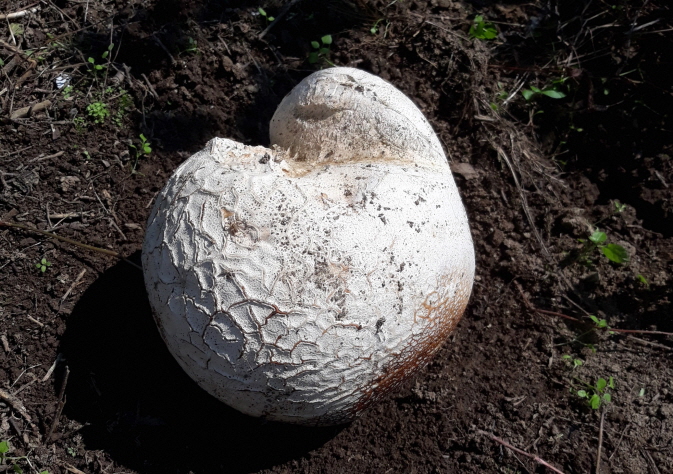 NAMWON, Jul. 19 (Korea Bizwire) — A rare type of puffball mushroom has been discovered yet again this year in Korea at an apple orchard near the foot of Mt. Jiri in Namwon, North Jeolla Province.

This is the 15th mushroom of the same category found in the same region over the last five years.

Measuring 18 to 20 centimeters in length, Calvatia nipponica are puffball-shaped mushrooms with a typical white exterior.

Two of the same mushroom types were discovered in Ju’s very orchard in 2014, with two to eight being discovered each year.

Calvatia are known to be effective in detoxification and other remedies and are found nationwide in the provinces of Gangwon, and North and South Jeolla from time to time.