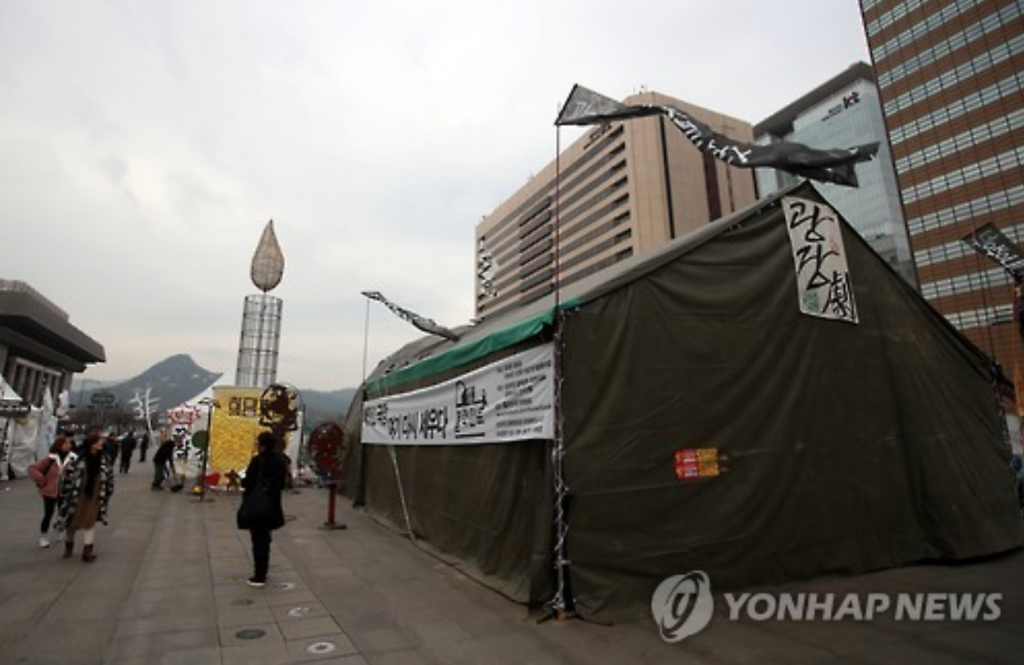 Under the Park Geun-hye administration, thousands of artists, including filmmakers and actors, were blacklisted for supporting agendas that went against the opinions of the central government.

Condemning the act of censorship and the suppression of freedom of expression, stage actors decided to open a temporary theater dubbed the “Black Tent” on Tuesday in Gwanghwamun Square.

The theater is literally a black tent, and was temporarily erected to showcase plays that would otherwise be rejected at public theaters for their “sensitive content”, covering issues like comfort women and the Sewol ferry disaster.

Official performances will start on January 16, and will be held every night at 8 p.m. from Monday to Friday. According to theater director Lee Hae-sung, the performances will continue until the Park administration steps down. 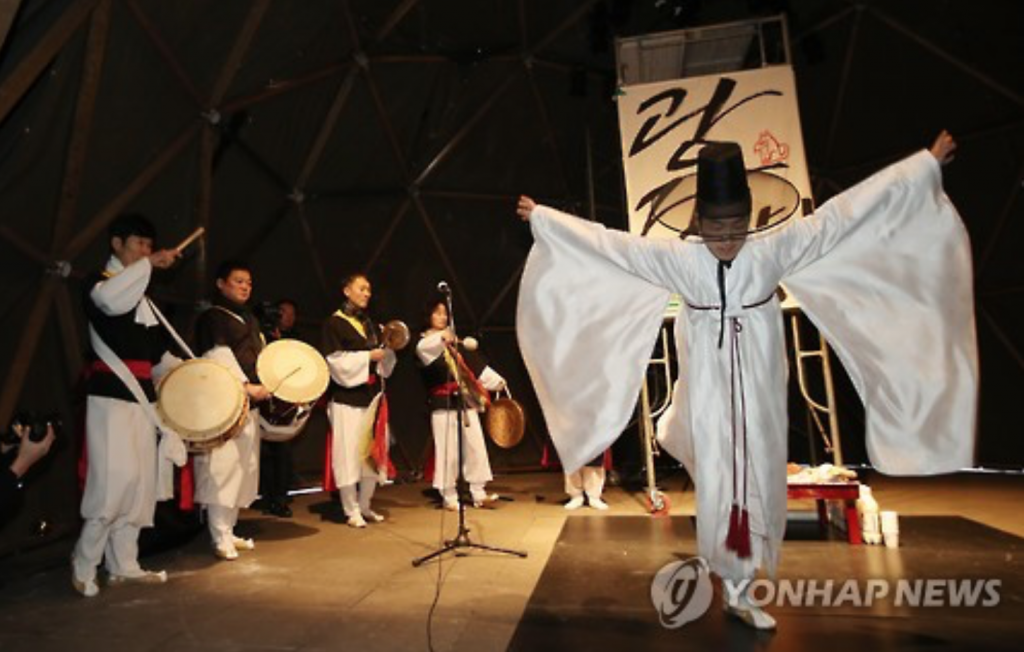 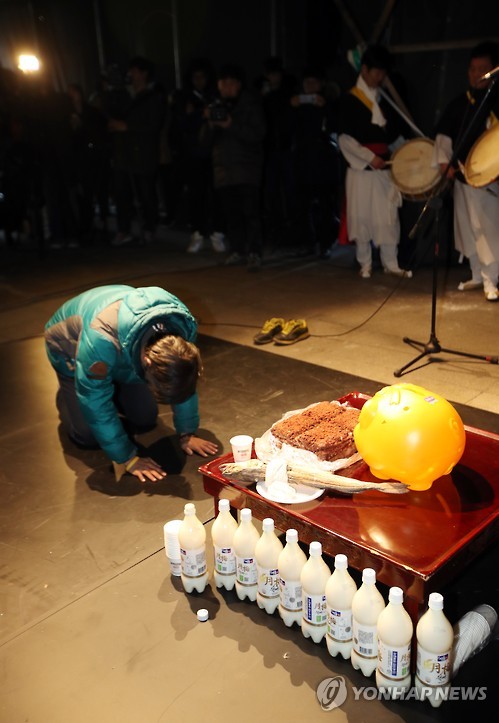