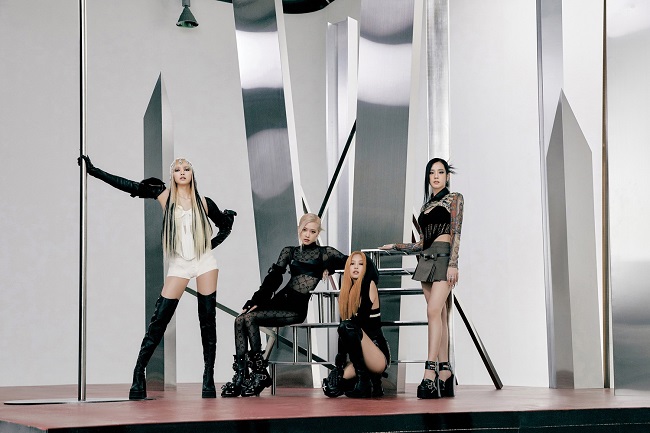 SEOUL, Dec. 7 (Korea Bizwire) — “Born Pink,” the second full-length album by South Korean girl group BLACKPINK, has been picked among the best albums of 2022 by Billboard.

“With the accolades BLACKPINK received for the release of 2020′s ‘The Album,’ the pressure was on when it came time for the world biggest girl group to drop its sophomore album. But with powerhouse record label YG and trusted producer Teddy Park by Jennie, Jisoo, Lisa and Rose’s side, success was always in the cards for ‘Born Pink’,” Billboard said.

BLACKPINK became the first K-pop girl group to claim the No. 1 spot on the Billboard 200 albums chart for the album released on Sept. 16.

“The album soars not just because of its impeccable balance between English and Korean, or its general infectiousness — ‘Born Pink’ shows the idols marrying the excitement of the old BLACKPINK with and a more mature, grown-up version of the group, emboldened by a fanbase which endlessly supports them,” it added.

The K-pop quartet has received attention from various other overseas media, not just Billboard.

On Tuesday, it was chosen as Time magazine’s 2022 Entertainer of the Year, making it the first girl group ever to earn the title and the second K-pop acts to do so after BTS in 2020.

BLACKPINK is currently on its largest-scale world tour expected to attract about 1.5 million fans in North America, Europe and Asia and Oceania.