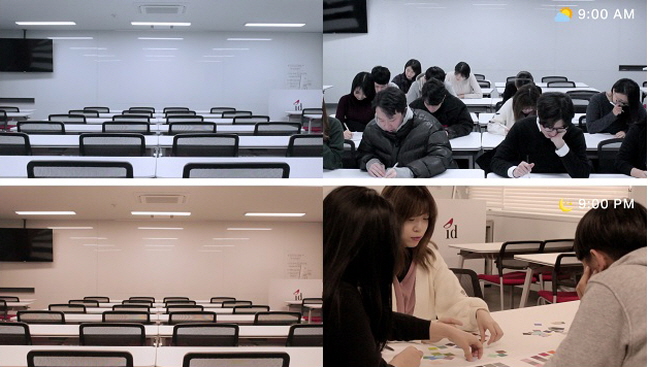 DAEJEON, Feb. 28 (Korea Bizwire) — A recent study has revealed that blue light can help people wake up more easily in the morning.

A research team led by Prof. Seok Hyun-jung and Prof. Choi Kyung-ah from the Korea Advanced Institute of Science and Technology (KAIST) said on Wednesday that a light in the color of a blue-enriched white can help people maintain their biological rhythm.

Light has become a major field of study after a ‘third’ photoreceptor cell was discovered in the human eye in the early 2000s, leading many to believe that light can influence biological behaviors.

The third photoreceptor cell is different from rod cells or cone cells in that it reacts to non-visual signals, which are sent to the brain via a separate channel. The cell is known to be most sensitive to blue light.

Participants also said that blue-enriched white light was more comfortable to look at in the morning.

“We first began the experiment with the question of how to rest comfortably. Later, we became more intrigued by the question of why white light causes tension,” said Seok.

“We were able to collect viable data based on advanced scientific methods.”

“We will now be able to apply the findings to interior design, cars, underground parking lots, washing machines, refrigerators, and other electronics,” said Choi.

“If we synchronize a smart lighting system with a calendar app on smartphones, we would be able to automatically change the color of the lights based on the recommended amount of sleep or waking hours.”

The study was published in ‘Scientific Reports’, a renowned international academic journal, on February 23.