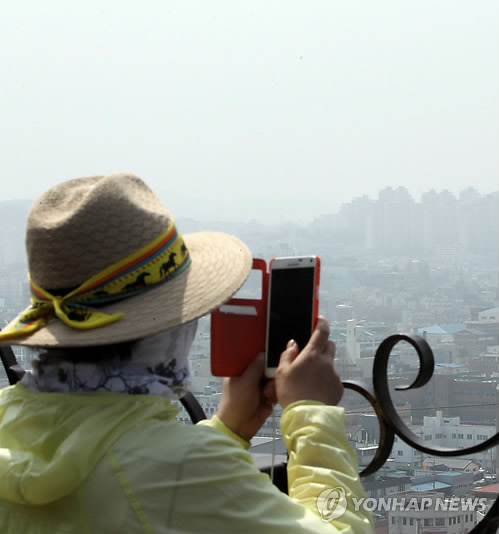 According to the study, the suicide rate increased 3.2 percent whenever the concentration of fine dust particles (PM10) rose by 37.82㎍/㎥ per week. (image: Yonhap)

SEOUL, April 13 (Korea Bizwire) – A scientific study has discovered a correlation between air pollution such as fine dust and ozone, and an increase in depression and suicide.

Professor Kim Do-gwan at the Neuropsychiatry Center of Samsung Medical Center argued that PM-10 increases depression and raises suicide rates. A research team led by Kim analyzed the correlation between the air pollution index and suicide rate from 2006 to 2011 by region and discovered that increased levels of fine dust and ozone led to higher suicide rates.

The study was sponsored by the Ministry of Health and Welfare, and was published in the latest issue of “Public Library of Science.”