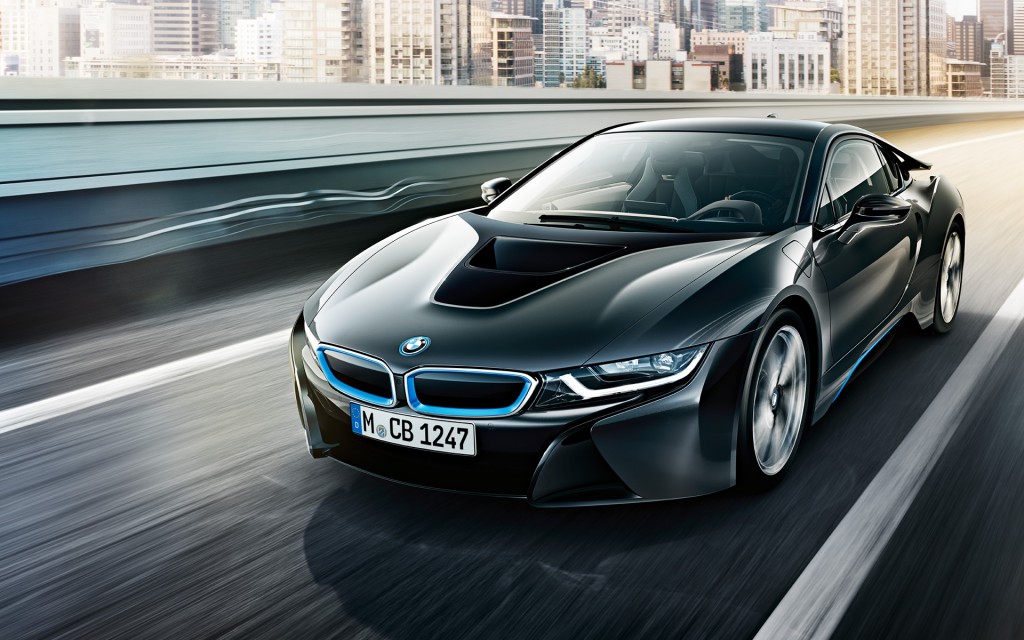 The i8 plug-in sports car is equipped with an engine and an electric motor, which can be charged from outside. (image: BMW)

The i8 plug-in sports car is equipped with an engine and an electric motor, which can be charged from outside. It can run 37 kilometers with a fully charged electric motor and go as far as 600 kilometers if it uses both the motor and the engine, the company said.

The electric motor can be fully charged in 2-4 hours when plugged in a 220 voltage circuit, the company said.

Last year, BMW established 200 charging stations across the country, including on the southern resort island of Jeju, to help customers more conveniently charge their electric vehicles. It plans to increase the number to about 400.

“The i8 shows off the strong driving performance you can find only in a sports car, while at the same time providing the fuel efficiency that matches a small vehicle. This appeals to customers who want not just fun driving but efficiency as well,” a BMW official said.

The launch of the i8, which is priced at 199.9 million won (US$181,562), is expected to spark competition in the environmentally friendly car market here as other carmakers are poised to unveil their own models.

Hyundai Motor, South Korea’s leading carmaker, plans to roll out a PHEV in June. Audi is also to unveil its own model during the upcoming Seoul Motor Show and start selling it from the second half of this year.