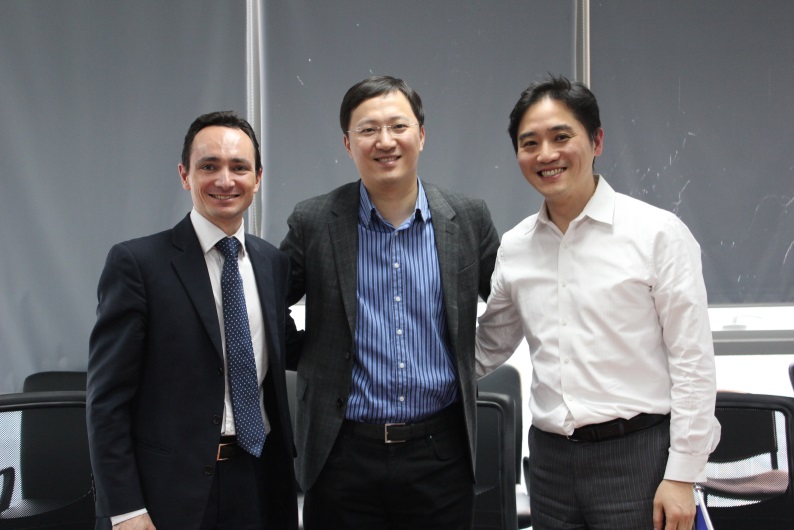 BnbHero will provide Korean travelers lodgings and private rooms at local prices while the customers of Youtx.com and MorningCroissant can use 4,000-plus rooms in Korea at the same prices as local customers. (image: BnBHero)

SEOUL, Korea, Mar 17, 2014 (Korea Bizwire) – BnbHero, Korea’s Airbnb-like service, has signed on March 11 a tripartite agreement with Youtx.com of China and MorningCroissant of France to cooperate in sharing information. Youtx.com and MorningCroissant are the biggest accommodations sharing sites in respective countries.

Under the terms of the agreement, BnbHero will provide Korean travelers lodgings and private rooms at local prices while the customers of Youtx.com and MorningCroissant can use 4,000-plus rooms in Korea at the same prices as local customers.

Youtx.com is an affiliate of China’s largest real estate information provider SouFun Holdings Ltd., a New York Stock Exchange-listed company. From the latest deal, BnbHero expects to capitalize on more than 4 million Chinese tourists visiting Korea every year. As for MorningCroissant, BnbHero believes Korean travelers to Paris and other major cities in France could find accommodations at reasonable prices without any language problem when making online reservations.

Cho Min-sung, BnbHero president, said, “In addition to the agreement made with Japan’s Kase Group last January, we now have a wide network encompassing lodging services in East Asia including China, Japan, and Korea. The global short-term rental alliance that was formed with the partner firms will play an important role in pooling resources in respective countries.”

Established in 2011 as a small startup, BnbHero was instrumental in providing rooms to visitors to major events such as Yeosu Expo, Suncheon Bay Garden Expo, and Jeju Olle Walking Festival. Last year it was selected as a “shared economy company” by the Seoul Metropolitan City Government.