20th Century Fox Korea, the distributor of the film, announced on Friday that the movie had attracted a total of 9,002,239 spectators as of the same day, making “Bohemian Rhapsody” South Korea’s first music film ever to exceed 9 million views.

“Bohemian Rhapsody”’s South Korean sales surpassed those in England, home of Queen, thanks to South Korean fans who came back to the theaters to watch the movie multiple times.

According to the CGV Research Center, 9.3 percent of all spectators between October 31 and December 23 came back to watch the film more than once, which was more than twice the average rate of 3.6 percent.

Singalongs, where audience members can sing to the songs in the movie, were most popular among South Korean fans.

ScreenX, a theater system featuring extra screens on the side, and screens with advanced sound systems were also popular.

“At the center of ‘Bohemian Rhapsody’’s success is Queen’s music,” said Yun Seong-eun, a movie critic.

“Queen’s fans were there, and a series of moviegoers coming back to watch the movie multiple times surely helped the movie stay popular.” 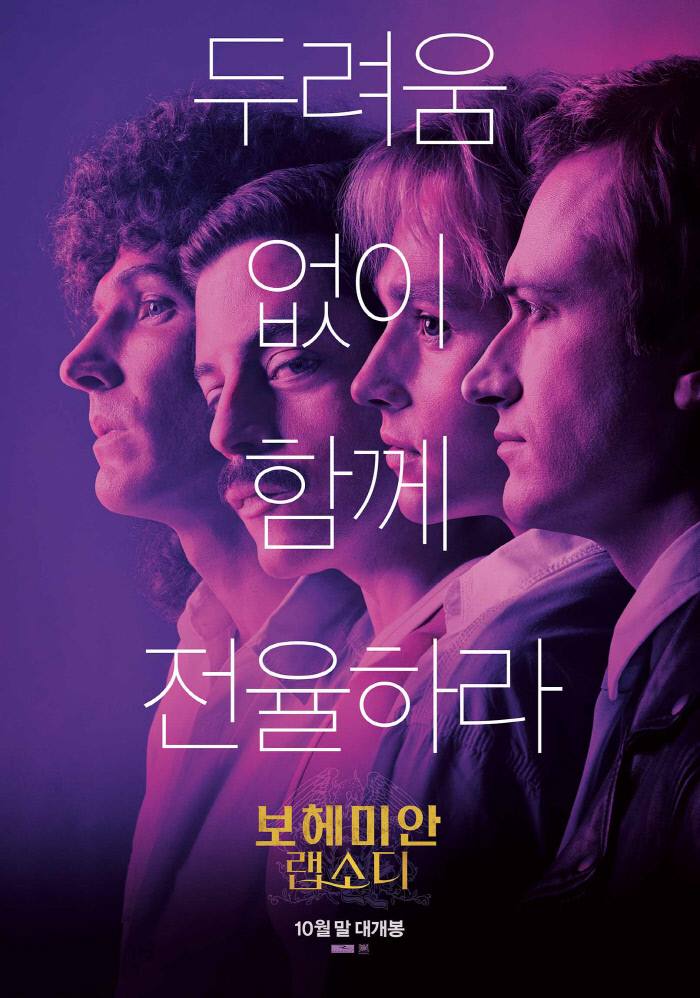