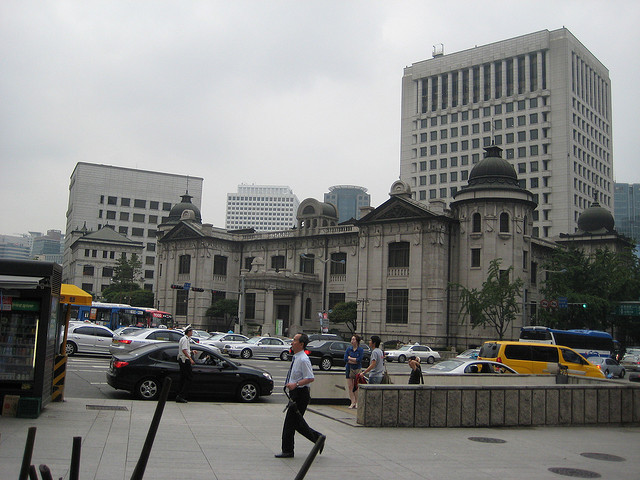 Concerns have been escalating over an economic hard landing in China, South Korea’s top export market, and the outcome of a U.S. interest rate decision later this week.

The central bank added that the domestic and global markets will likely see growing downside risks stemming from instability in the Chinese market and a dip in global trade.

Last week, the Bank of Korea’s monetary policy committee left its key policy rate at the record low of 1.5 percent for a third consecutive month, citing possible shock from a U.S. rate hike.

The U.S. Federal Reserve Board is set to decide whether to raise its interest rate for the first time in nearly a decade on Friday (Seoul time). BOK Gov. Lee Ju-yeol has said he expects a U.S. rate hike before the year’s end.

The central bank said it will quickly launch an emergency task force to help minimize the fallout from a U.S. rate hike or any other developments that may lead to heightened global financial market volatility.

“It will continue its efforts to detect any potential threats at an early date through close monitoring and provide timely countermeasures,” the bank said.

The BOK also said it will maintain a soft monetary policy down the road as the recovery pace of the South Korean economy is expected to be moderate.

“The local economy will continue to improve on the country’s expansionary fiscal policy that has been taken so far, but the rate of the growth is expected to be gradual due to external uncertainties,” it said.

Against such a backdrop, the central bank said it will stick to its easy money policy in the coming months to help the economy continue its recovery momentum.