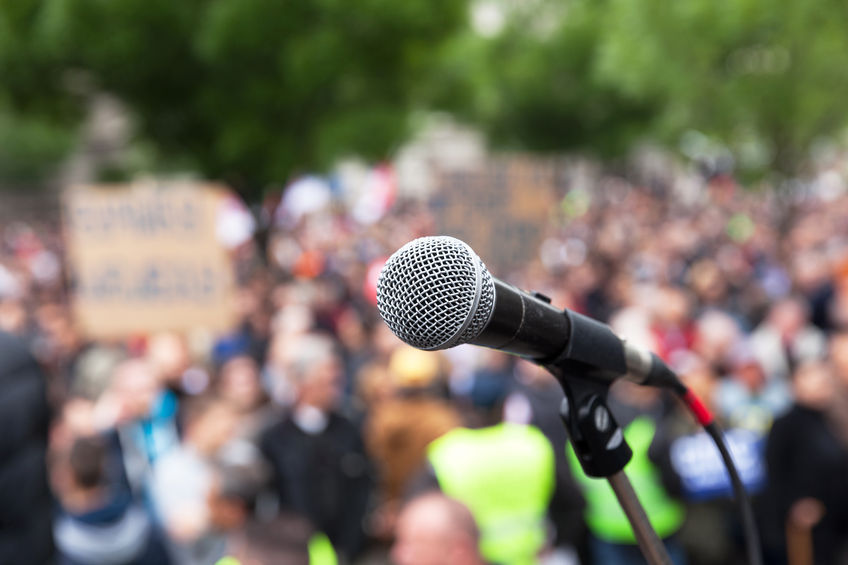 “The beauty of boycotts is the idea of consumers voicing their opposition towards a company, even if it doesn’t directly affect the company’s sales.” (image: KobizMedia/ Korea Bizwire)

SEOUL, Feb. 3 (Korea Bizwire) – A boycott is perhaps the most effective way for consumers to protest against a company’s malpractice or alleged misconduct.

The practice is also common in Korea, with several big-name companies facing boycotts in recent years.

Oxy Reckitt Benckiser was confronted with nationwide rage for selling deadly humidifier sterilizers that resulted in deaths of hundreds including infants, while Samsung, Korea’s biggest conglomerate, faced a number of boycotts after stirring controversy including the leukemia scandal (in which employees working at LCD and semiconductor factories allegedly fell ill, with a number of fatalities), and alleged involvement in the Choi Soon-sil scandal.

Such boycotts have proven to be useful, from the perspective of angry customers, in most cases.

Oxy, which is still a long way from regaining consumer trust, decided to withdraw its products from major discount stores and e-commerce platforms last year, and had to watch helplessly from the sidelines as competitors gobbled up market share.

In 2013, Namyang Dairy saw its sales plummet after being accused of abusing its power over smaller retailers, while Homeplus, a discount store chain, struggled with poor sales growth after manipulating giveaway events and forcing employees to accept lower salaries.

Industry watchers note, however, that such setbacks are almost always temporary, and the effects of the boycotts rarely linger, with the current popularity of Oxy products online cited as an obvious example. In another recent example, Ashley (E-Mart’s restaurant franchise) saw almost no change in sales despite having been accused of withholding the wages of part-time employees. 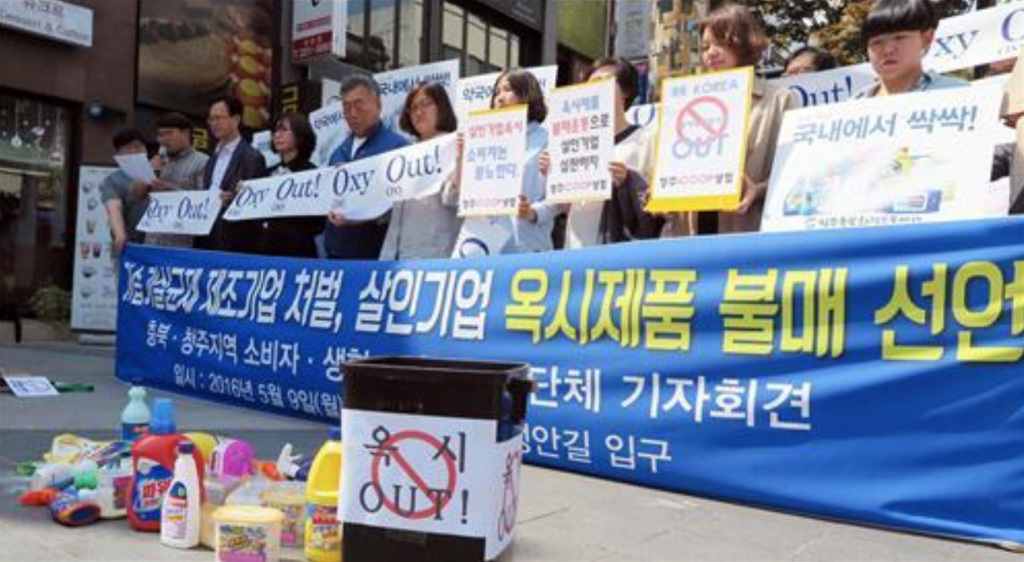 Oxy Reckitt Benckiser was confronted with nationwide rage for selling deadly humidifier sterilizers that resulted in deaths of hundreds including infants. (image: Yonhap)

Nonetheless, boycotts are still the most powerful method for consumers to practice their rights, according to experts.

“For organizations, a boycott campaign is the last resort when all other efforts fail, such as demanding companies take corrective measures through memorandums or issuing press releases,” said Lim Eun-kyoung, president of the Korea National Council of Consumer Organizations.

“The beauty of boycotts is the idea of consumers voicing their opposition towards a company, even if it doesn’t directly affect the company’s sales,” she said. “The ultimate goal of these types of campaigns is to bring about change in consumer awareness by reaching a public consensus.”

President Kim Soon-bok from the Korean Women’s Federation for Consumers advised that it is important for consumers who aren’t affected by a company’s malpractice to feel the same need to participate in a boycott, in order to guarantee the effectiveness of the campaign.

“Overseas, activists not only boycott specific products, but support goods from other brands as alternatives, which isn’t the case in Korea,” said Kim. “Organizations need to understand that many consumers, not knowing which products to choose as substitutes, eventually return to using the same products they denounced.”