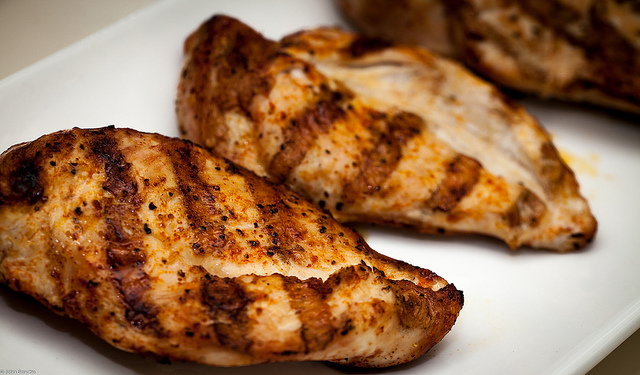 As chicken imports from the U.S. have been limited since last December due to the avian flu, Brazil became the No. 1 chicken exporter to Korea. (image: John Bencina/flickr)

According to the Ministry of Food and Drug Safety, the amount of chicken meat imported from Brazil during April and May increased 2.6 times over the same period of the previous year, to 23,518 tons.

Although Brazil is the largest chicken exporter in the world, in the past, the U.S. led the market. Last year, Korea imported 67,646 tons of chicken from the U.S. followed by Brazil with 52,461 tons.

However, as chicken imports from the U.S. have been limited since last December due to the avian flu, Brazil became the No. 1 chicken exporter to Korea. In spite of an import ban on U.S. chicken, the total amount of imported chicken in Korea increased by 11 percent year over year to 22,061 tons.

Meanwhile, there is a worry that increased imports of chicken together with increased chick production in Korea could lead to the collapse of chicken prices due to oversupply.

According to the Korea Rural Economic Institute, due to supply increases, the producer price of chicken meat is set to keep falling from 1,500 won per kilogram in June to 1,400 won in July and 1,300 won in August.