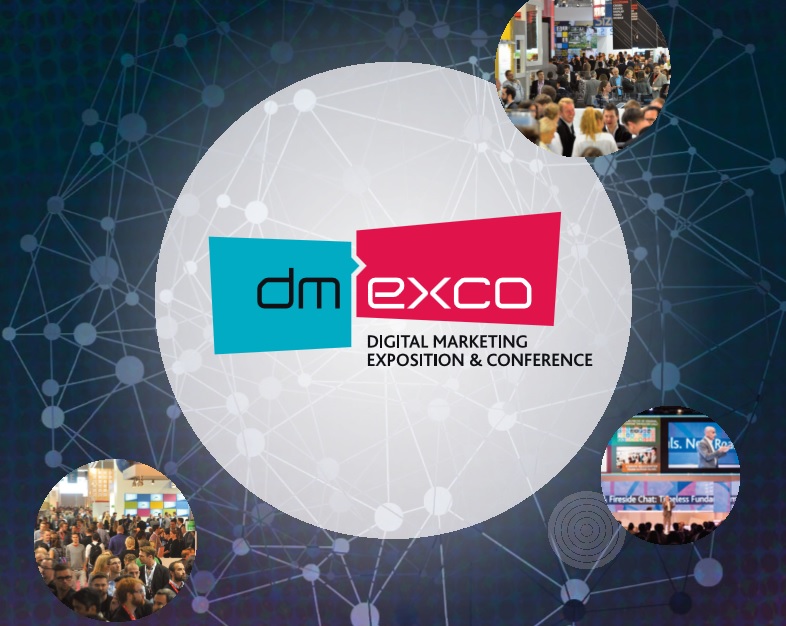 Three dmexco halls are already almost booked out, and a fourth hall is being planned for the first time. (image: dmexco)

COLOGNE, GERMANY, April 20 (Korea Bizwire) — In 2015 the demand in Germany and abroad for stand space at dmexco is greater than ever before. About a week before the official registration deadline, the number of registrations for stand areas at the exposition is greater than the figure posted at this point in 2014. Registrations have been increasing for the seventh year in a row. Three dmexco halls are already almost booked out, and a fourth hall is being planned for the first time. In line with this year’s motto, “Bridging Worlds,” all the top players of the global digiconomy will present their latest digital solutions, technologies, visions, and innovations at dmexco 2015. Registrations will still be accepted until April 30 at http://dmexco.de/registrationbooklet.

Hundreds of exhibitors from all over the world have already taken advantage of the opportunity to register for dmexco 2015. The exposition will grow by more than ten percent, and the organizers are already planning to open a fourth hall. Shortly before the official registration deadline on April 30, dmexco is continuing its unabated course of international growth. All the important brands and leading companies in the global digiconomy will be on board on September 16 and 17, in line with the motto “Bridging Worlds.” The participating companies will include Adobe, Amazon, AOL, Baidu, eBay, Facebook, Mozilla/Firefox, Fox, Google, IBM, Medialink, Microsoft, Mozilla, Opera, Oracle, PayPal, Rakuten, Salesforce, SAP, Spotify, Sky, Twitter, Yahoo!, and Yandex. First-time participants will include companies such as the Discovery Channel, DMAX, TLC, Eurosport, Huffington Post, and Furious Minds. The participants will also include all the major media agency networks, which will be representing worldwide media budgets amounting to multiple-digit billions at dmexco. These networks will include Dentsu Aegis, Digitas Lbi, GroupM, Havas, IPG Mediabrands, Mediacom, Mindshare, plan.net, Starcom, Universal McCann, VivaKi, and Xaxis.

National and international Digiconomy is counting on dmexco 2015

The entire German digiconomy will be represented at dmexco 2015, including significant market participants such as Axel Springer, Bauer, Gruner + Jahr, Interactive Media (Deutsche Telekom), IP Deutschland (RTL), IQ (Holtzbrinck), OMS, SevenOne (Pro7/Sat1), Spiegel QC, Tomorrow Focus (Burda), and United Internet (1&1). In addition to exhibitors from Germany, dmexco has attracted significantly increased interest from international companies, for example companies based in the USA and Israel. It has also registered exhibitors from smaller markets, such as the British Virgin Islands, Estonia, Finland, Malta, Ukraine, and Uruguay. The country pavilions of Austria, Switzerland, and France at dmexco are once again enjoying great popularity, and each of these pavilions will more than double its area this year. The dmexco Satellite events in New York and in Singapore will generate additional international growth.

Interested potential exhibitors can find registration forms for dmexco 2015 until April 30 at http://dmexco.de/registrationbooklet.

Shortly before the registration deadline, #dmexco 2015 is planning to open a fourth hall. Registration forms are still available at http://dmexco.de/registrationbooklet #expo

The demand in Germany and abroad for stand space at #dmexco is immense. About a week before the official registration deadline, hundreds of exhibitors have already secured their stand areas at the #Expo. Three dmexco halls are already almost booked out, and a fourth hall is now being planned for the first time. In line with this year’s #motto, “Bridging Worlds,” all of the central players of the digiconomy will be presenting their latest digital solutions, technologies, visions, and innovations at dmexco 2015. Registrations will still be accepted until April 30 at http://dmexco.de/registrationbooklet

About #dmexco
dmexco is the leading global exposition and conference for the digital economy. The Bundesverband Digitale Wirtschaft (German Association for the Digital Economy — BVDW) is the owner of the dmexco trademark. With special assistance from OVK — Circle of Online Marketers, the BVDW is also the conceptual and professional partner of the exposition/conference. dmexco is organized by Koelnmesse. As a unique combination of a trade fair and a conference, dmexco stands for innovative and forward-looking developments and trends at the center of the new digital economy: the digiconomy. With a focus on marketing, media, advertising, technology, and the Internet of Things, dmexco is the global platform for effective knowledge transfer and direct business transactions. dmexco features a variety of formats that present the largest selection of current economic trends, growth strategies, product innovations, and creative approaches. dmexco is thus the central meeting point in the digital age for all forward-looking brand innovators and opinion leaders, advertising executives, marketing specialists, and startups, as well as all agency segments and media companies.