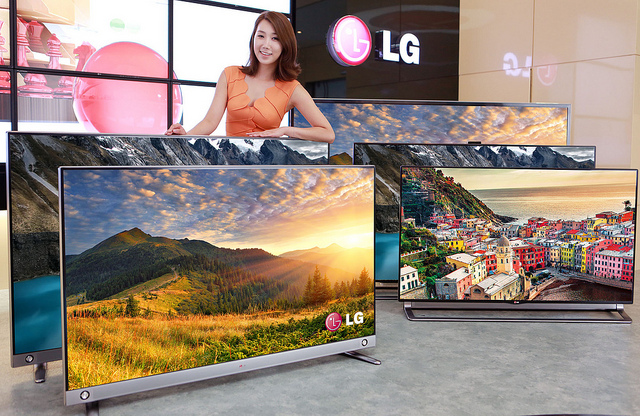 Singapore, Apr 29, 2014 (Korea Bizwire) – HD (high definition) viewing will soon be a technology of the past, with the proliferation of 4K coming Asia’s way. 4K, also commonly known as ultra-high definition (UHD), is an evolved standard that greatly surpasses HD, bearing a minimum pixel count of 3840 x 2160 compared to the latter’s standard of 1920 x 1080 pixels. Naturally, 4K brings to viewers sharper, higher clarity images and videos.

Come June at BroadcastAsia2014, players from Asia’s TV and broadcasting industries will be able to feast their eyes on the most avant-garde 4K technology available globally, presented by some of the world’s foremost companies in the TV viewing playing field. Leading international exhibitors such as Canon, EVS, Grass Valley, Quantel, Orad, Red Digital Cinema, Village Island, Sony and many more will be showcasing their cutting edge 4K/UHD products.

Its Blend 4K is the first ever real time 4K channel in a box solution, offering a 4K clip server in XAVC and XAVC-S formats. The ultra HD XAVC uses level 5.2 of H.264/MPEG-4 AVC which is the highest level supported by that video standard, offering colour depths of 8-bits, 10-bits, and 12-bits. 4K, which promises to be the next standard in broadcast quality, is now offered in a single box, providing a 4K server coupled with 4K real-time 3D graphics.

Blend 4K also enables live video insertion in 4K and HD resolutions, providing the user with the freedom on the one hand to maximise the available quality, while on the other to continue using an existing HD source. Both video and graphics are controlled from a single playlist or manually, from GPI or by external automation.

Morpho 4K is Orad’s new powerful yet affordable real-time 4K video wall solution. Using Orad’s unique canvas concept, Morpho 4K outputs can be arranged in different aspect ratios and layouts according to the shape of the video wall. Unlike traditional video wall processors, Morpho 4K offers both real-time graphics and video capabilities from a single system. All on-screen elements remain synchronised across the whole of the video wall, with no tearing visible on any sections of the output.

“By 2016 the Asia Pacific Region is forecasted to become the single largest market for 4K TV, accounting for 42 per cent of total world 4K households. The Asia Pacific Region being a hub of consumer electronics producers mainly in Japan, Korea, China and Taiwan are pushing to market new 4K TV as replacements for old HD ones. Films are already being shot in 4K and sports events are now testing 4K productions with the Brazil 2014 World Cup being a big trigger. Content companies from Terrestrial, Pay TV and Streaming IP companies are also gearing up for the distribution of this 4K content and Orad is in the forefront of this technology,” says Mr. Joel Lamdani, President Asia Pacific, Orad Hi Tec Systems.

- Other 4K product highlights include:

Pablo Rio is Quantel’s high quality color correction and finishing system that runs on high-performance PC hardware. Offering realtime 4K 60p performance, fantastic interactivity and throughput, Pablo Rio blends quality and creativity in a package that delivers the productivity needed to succeed in high quality color and finishing today. Pablo Rio is available as software-only or as a turnkey system in a variety of configurations to suit HD, 2K, 4K and 6K Red Dragon realtime working.

VH-4000 is the next generation of decoders supporting 4K for HEVC and legacy compression standards. Our unique system targets live 4K contribution permits 4K 50/60p (not only 25/30p) in real-time and in a single tile (no HD decompositions!) so as to achieve maximum performance and video quality for new generation 4K broadcast services and 4K live sports events.

Comprising visionary keynotes and specialised industry sessions, the four-day BroadcastAsia2014 conferences provide a knowledge transfer hub and networking platform for attendees to debate and discuss critical upcoming trends such as disruptive technologies in the broadcast and digital media market landscapes, industry risk factors and models for success that will enable companies to ride these trends and remain profitable.

- HEVC: The Next Evolution in Video Encoding Technology – Power Panel: Overcoming Challenges Faced When Converting to Digital and HD Broadcasting and Next Steps – Case Study: The Solution for Producing Major Global Sporting Events in 4K – What ‘True’ 4K UHDTV and Its Impact on End-to-End Media Delivery Chain? – Panel: 4K Transmission as The Missing Link for 4K Adoption

The Creative Content Production Conference 2014 will focus on content creation and distribution, and the technical aspects of 4K production. An insightful series of conference tracks will cover the latest disruptive technologies that enable companies to increase eyeballs, with specialised tracks on Asian audiences and strategies for success in Asia. The line-up of speakers for these tracks comprise of specialists from 3net Studios, Blackmagic Design, Mocha Chai Laboratories and Pacific Portals.

- Event of choice for the international broadcasting, film and digital multimedia industry