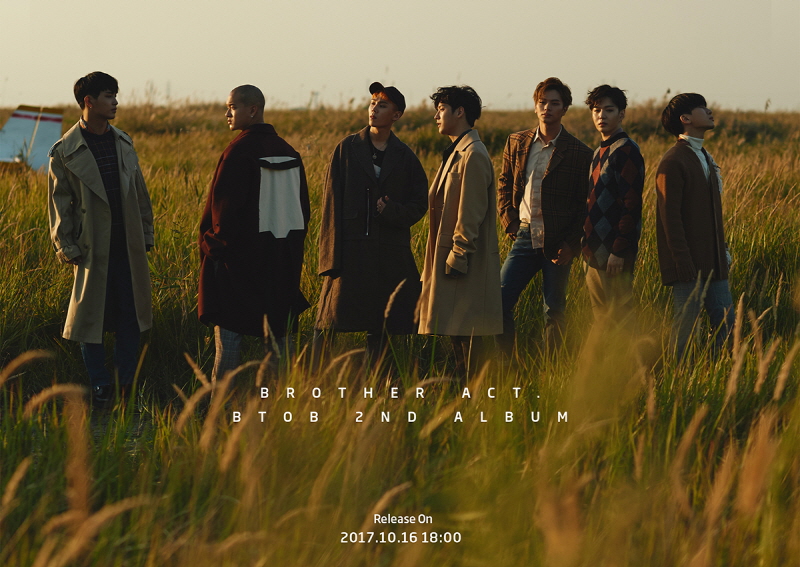 “Missing You” stood at the top of Melon, Genie, Olleh Music and Bugs Music as of Tuesday morning, dragging down Bolbbalgan4′s hit song “Some.” It is the lead track off BTOB’s second full-length album “Brother Act.” released on Monday.

“Can Be Better,” a brand new song by Highlight also released Monday, was seen trailing in third place on Melon, while standing at second place on Genie, Olleh Music and Bugs Music.

BTOB’s victory over Highlight comes as a surprise to industry observers, considering the huge fandom attained by Highlight, formed by ex-BEAST members, throughout the years. Members of Highlight used to be signed with Cube Entertainment, BTOB’s agency, until they parted ways with the company last year.

“Brother Act.” is BTOB’s first full-length album since “Complete” released in June of 2015. Like many fall releases, it emphasizes the team’s more mature side through “Missing You,” a ballad written by member Hyunsik.

One thought on “BTOB Triumphs on Charts with New Song, Beats Highlight”