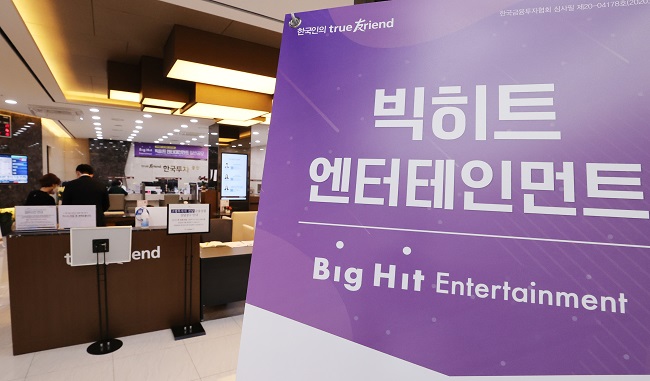 Retail investors wait at a brokerage house in the financial district of Yeouido, western Seoul, on Oct. 5, 2020, to subscribe to shares of Big Hit Entertainment, the management agency of K-pop superstar BTS, prior to its initial public offering (IPO) set for next week. (Yonhap)

SEOUL, Oct. 6 (Korea Bizwire) — Big Hit Entertainment, the management agency of K-pop phenoms BTS, drew a near record-high amount of deposits from retail investors Tuesday, the last day for the subscription for its initial public offering (IPO) next week.

The IPO subscription deposits for Big Hit were far above the 31 trillion won that retail investors chipped in for biopharmaceutical blue chip SK Biopharmaceuticals that debuted on the market this year.

SK Biopharmaceuticals and Kakao Games debuted in July and September, respectively, finishing at more than double their IPO prices on the first day of trading.

Initially, retail investors’ interest in the BTS agency shares appeared to be lower than expected due to the high IPO price. But in the run-up to the deadline, investors rushed to park large amounts of deposits.

This year, Korean retail investors have heavily invested in stock markets, even by taking out loans amid a long streak of low rates. 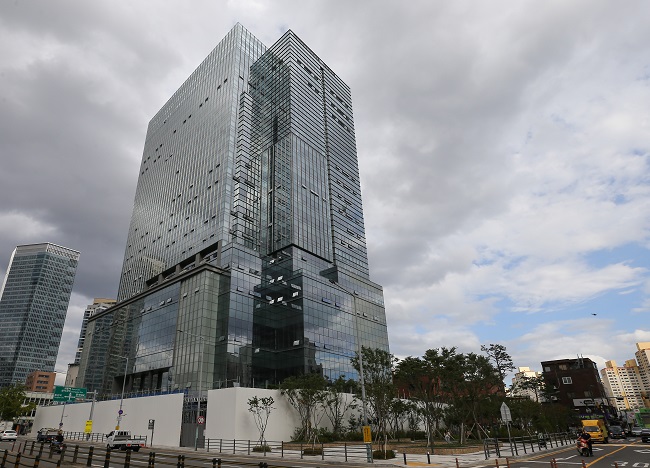 Based on the IPO price, Big Hit Entertainment will raise 962.6 billion won through the public share offering, with its market value estimated to reach nearly 4.8 trillion won.

Analysts said the agency’s shares are likely to be included on the list of 200 major stocks listed on the main bourse soon after its market debut.

For an early inclusion in the KOSPI 200, the daily average market cap of a newly listed company must remain within the top 50 during the first 15 days after the IPO. The KOSPI 200 index is the KOSPI’s subindex representing the 200 largest-cap stocks.

“The threshold for the market cap for early inclusion currently stands at about 4.5 trillion won. There is a high possibility that the Big Hit shares will be included in the list,” said Kim Dong-wan, an analyst at Eugene Investment & Securities Co.