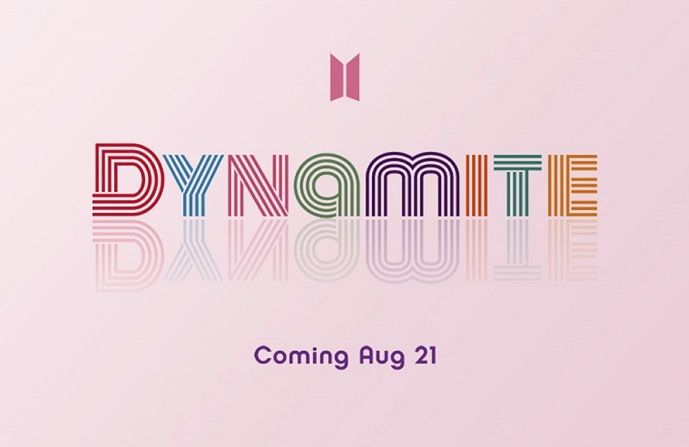 The group announced the name of the upcoming English-language single through a teaser image shared on the group’s social media.

The K-pop septet announced last week that the new song will be released on Aug. 21. The band said the song was initially produced to be part of its new album targeted for a fall release.

“We decided to prerelease the single due to our wish to present it as soon as possible,” BTS leader RM said on July 26 on the band’s audio vlog broadcast on Naver’s V Live platform.

“We also hope to provide some immediate energy to fans who may be going through tough times due to the new coronavirus crisis.”

The Korean boy band’s fourth studio album, “Map of the Soul: 7,” was the most-sold album in the United States in the first half of 2020, becoming the only album to sell more than 500,000 units in the U.S. market in the first half, according to Nielsen Music.

At home, BTS topped the South Korean Gaon chart run by the Korea Music Content Association, selling a record number of over 4.26 million copies in the first half.

The septet also was No. 1 on the Japanese Oricon album chart in the first half, becoming the first foreign act to claim the honor in 36 years.

BTS has also received three nominations in the categories of best pop, best choreography and best K-pop for the 2020 MTV Video Music Awards in the United States scheduled for Aug. 30.