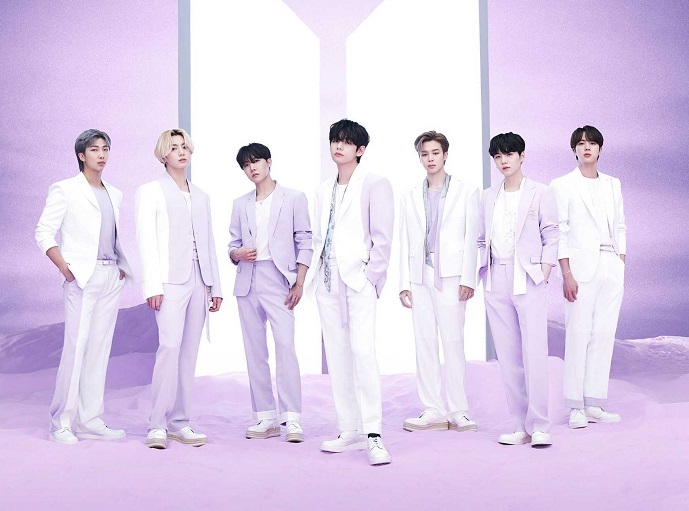 SEOUL, Sept. 10 (Korea Bizwire) — K-pop sensations BTS sat down with Coldplay front man Chris Martin to talk about the recent “Permission to Dance Challenge” and what it means to be famous.

In a video posted Friday (Korean time) on the weekly YouTube music show “RELEASED,” Martin conducted a virtual interview with the septet about the July 23-Aug. 14 challenge, which invited people to submit 15-second videos of their renditions of dance moves from BTS’ hit song “Permission to Dance.”

“This challenge had the purpose of giving people a message of positivity, but as we watched them taking part in the challenge, we felt gratitude, consolation and we, too, received a lot of positive energy,” BTS member Jimin said.

Following its July 9 release, the song debuted at No. 1 on the Billboard Hot 100 on the chart dated July 24.

The Shorts Challenge version of the “Permission to Dance” music video, which features some of the submissions, premiered at the end of the interview.

Participants in the challenge appeared on the YouTube show to share their experiences related to BTS, in countries ranging from the United States to Britain, South Korea, Russia and India.

“Until a few years ago, I never formally learned to dance,” BTS member V said. “I just liked dancing and danced on my own. Back then, I wasn’t self-conscious and just danced whatever I wanted to dance, and I think that’s what led me to this point.”

Martin weighed in, saying he’s “glad I don’t need permission to dance because I’m not a very good dancer.”

“But,” he added, “I made a decision about 20 years ago that I don’t care about if it looks cool.” 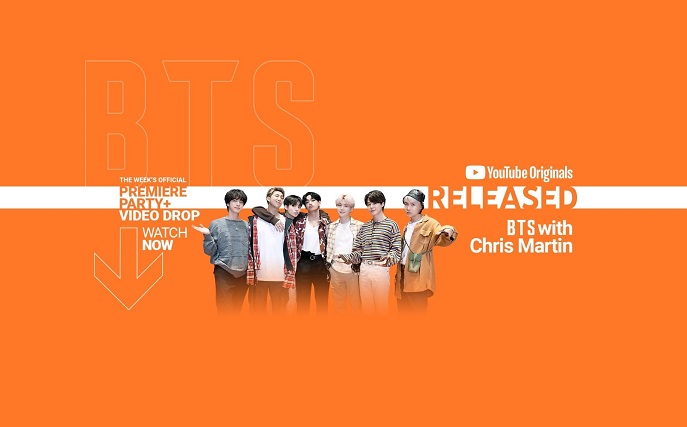 This image, provided by YouTube, shows a promotional image for an episode of YouTube show “RELEASED,” featuring BTS and Chris Martin.

Asked by Martin to comment on the band’s appointment as special presidential envoys, Suga replied that he often feels a lot of pressure.

“In reality I may not be such a person, but people think I’m a very good person or capable of doing a lot,” he said. “So I wrestled with that, but I think I try very hard to live up to their expectations.”

Martin also asked if the group ever had a moment where they felt like they were a “global phenomenon.”

“When we look at ourselves, we really sometimes feel that we’re kind of almost nothing,” BTS leader RM replied in English, describing moments when it feels like their songs and dances are “meaningless.”

“But when you see the fans, their eyes and when we dance and sing in front of them, their energy, their honesty, and their message, their letters, their words — those were the only reasons that we didn’t give up and that’s the only reason for the existence of the band,” he said.