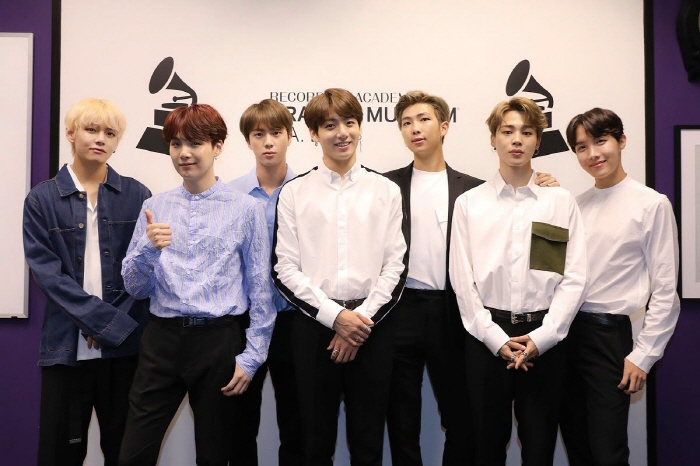 SEOUL, Sept. 17 (Korea Bizwire) — Responding to a wild outcry by fans, BTS canceled its plan to release a new Japanese song in collaboration with a Japanese producer accused of chauvinism and misogyny.

“Due to reasons concerning the production, the track list for the Japanese album scheduled for release in November will be changed. We apologize for any inconvenience,” the boy band’s management agency Big Hit Entertainment said in a message posted on the website of the official Internet community for BTS fans Sunday.

BTS was reported Friday to be planning to release three Japanese songs in November, including “Bird,” to be written by Japanese producer Yasushi Akimoto, who created Japan’s top idol group, AKB48.

Local BTS fans were vehemently opposed to the collaboration with the Japanese producer who has a history of having his boy band perform in front of the Yasukuni shrine or clad in Japan’s Rising Sun Flag, both symbols of Japan’s 20th-century imperialism. He was also accused of writing misogynist lyrics.

Many BTS fans posted their demands online that “(Big Hit) immediately stop collaborations with the right-wing, misogynist songwriter and discard all the materials related,” resulting in the agency’s withdrawal of the collaboration plan Sunday.

A remix version of their Billboard-listed song “Idol” will replace the controversial collaboration song on the Japanese album, which will also include Japanese versions of two of their existing songs, “Fake Love” and “Airplane pt.2,” according to the agency.