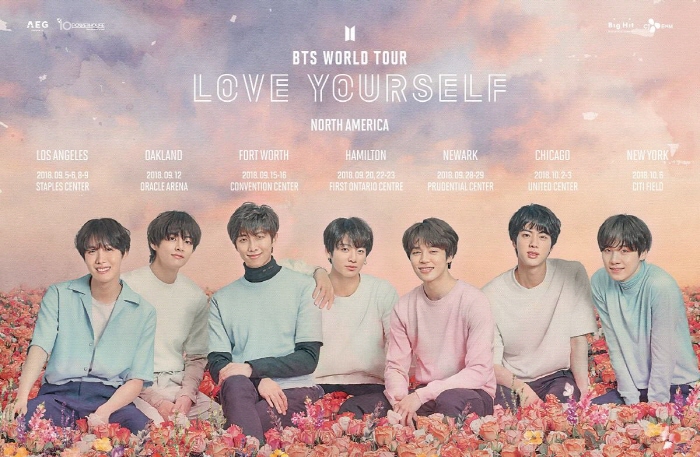 The band will hit New York City’s Citi Field on Oct. 6 on the American leg of their upcoming world tour, according to Big Hit Entertainment. They will become the first South Korean singers to hold a solo concert at an American stadium.

The performance is part of BTS’ upcoming “Love Yourself” concert tour of 16 countries, including Japan and European nations. The boy band will begin the tour with local concerts in Seoul slated for Aug. 25-26.

A total of 33 concert performances are scheduled for the world tour.

Ahead of the trip, BTS will release the new album, “Love Yourself: Answer,” on Aug. 24, as the finale of their four-part “Love Yourself” album series.