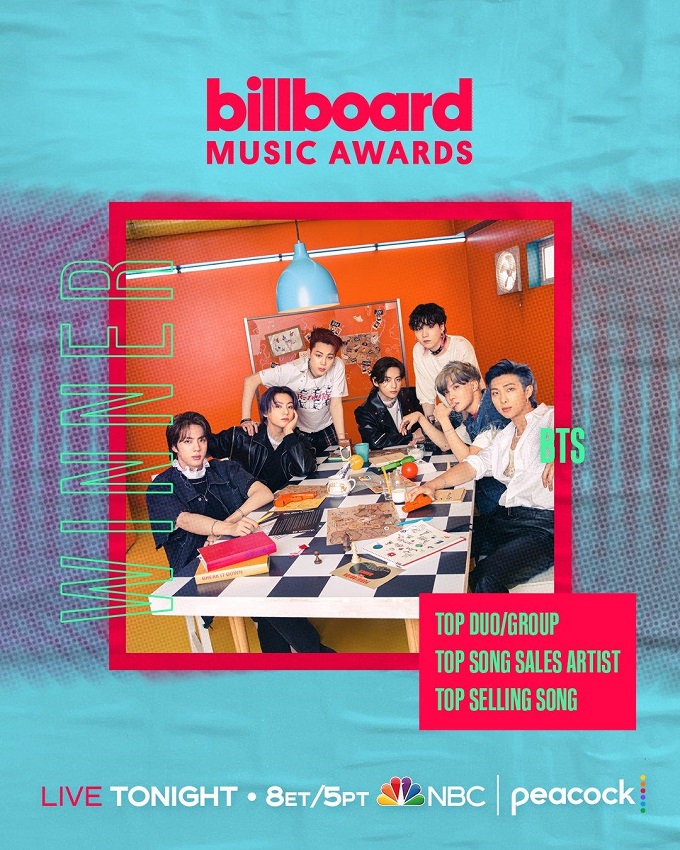 This photo captured from the Twitter page of the Billboard Music Awards shows BTS as the winner of three awards at the 2022 BBMAs.

The septet won top duo or group, top song sales artist and top selling song (for its 2021 smash hit “Butter”), marking its sixth consecutive year to win at least one award at the BBMAs, the U.S. music magazine said Sunday (U.S. time), ahead of the awards show held at the MGM Grand Garden Arena in Las Vegas.

BTS was nominated for seven awards in six categories with two songs, including “Permission to Dance,” nominated in the top selling song section.

In the top duo or group category, the K-pop supergroup clinched the trophy, beating out two strong competitors, such as Silk Sonic, the American R&B duo of Bruno Mars and Anderson .Paak that won four honors from the 64th Grammy Awards, and British rock band Glass Animals.

The band is tied with One Direction, a British-Irish male vocal group that has also collected three trophies in the category. 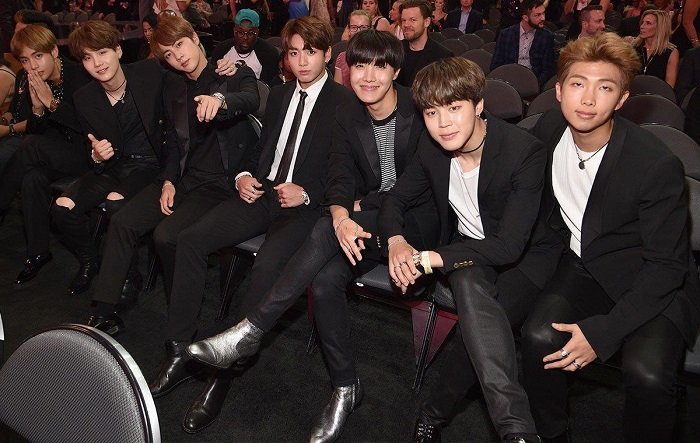 K-pop group BTS poses for photographers during the 2017 Billboard Music Awards, in this photo captured from the Twitter account of the event.

BTS members, however, did not attend the ceremony, reportedly due to their busy schedules for a new album set to be out next month.

“Won #BBMAs for 6 consecutive years! Thank you for listening to our music and your support,” the band wrote on its official Twitter account.

One of the three biggest U.S. pop music awards, along with the American Music Awards and the Grammy Awards, the BBMAs chooses winners based on Billboard charts.

BTS has secured at least one trophy at the annual event every year since 2017. Last year, it was nominated for four awards and won all four.