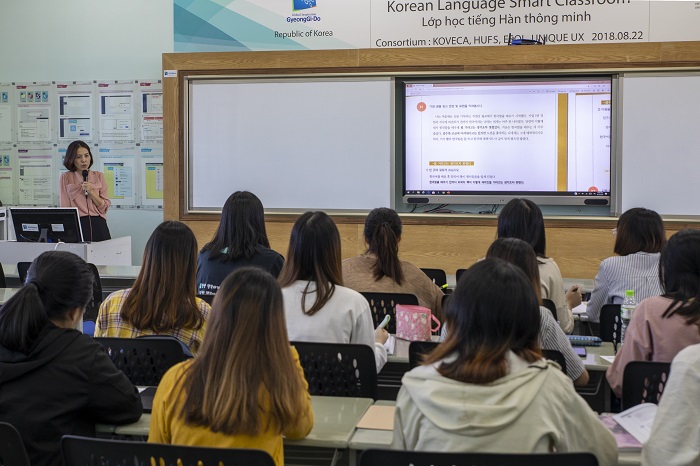 SEJONG, March 14 (Korea Bizwire) — The education ministry said Sunday that it has nearly doubled its budget for Korean language education overseas this year amid growing demand for Korean as a second language thanks to the global popularity of K-pop and other Korean cultural content.

According to the education ministry’s 2021 plan, the country will spend 23.6 billion won (US$20.8 million) this year to help expand the opening of Korean language classes overseas.

The earmarked budget nearly doubles the amount set aside a year earlier, according to the ministry.

Under the plan, the ministry has the goal of opening Korean language classes at 1,800 schools in 43 countries.

The budget will be mainly allocated for countries where demand for the Korean language is strong, such as Jordan, Belgium, Ecuador, Laos and Cambodia.

In addition, the country also plans to open training courses for would-be Korean language teachers in 14 countries in Southeast and Central Asian regions, including Vietnam, Malaysia, Indonesia, Russia and Kyrgyzstan.

The ministry will also increase its overseas dispatch of Korean teachers to 132 to those areas.

Additionally, the budget will also help facilitate the development of Korean language curriculum at overseas elementary and junior high schools, and finance the counseling services to schools seeking to open Korean language classes, the ministry noted.