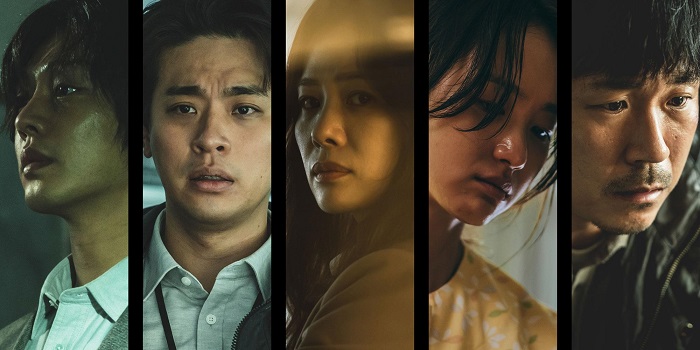 BIFF, one of the largest film festivals in Asia, said Friday that it newly launched the “On Screen” section for screening new drama series to be released on online video streamers, like Netflix.

This year’s 26th edition will be held from Oct. 6-15 in the southern port city of Busan.

“The section aims to precisely reflect the current state of the market, which is expanding multi-directionally, while embracing the extended flow and value of cinema,” the festival said.

“Hellbound,” directed by Yeon Sang-ho of “Train to Busan” (2016), is based on the namesake web cartoon, portraying a fantasy world where people are dragged to hell by supernatural creatures.

Starring Yoo Ah-in and Park Jung-min, the six-episode fantasy thriller will have an Asian premier at BIFF, following its first worldwide screening at the Toronto International Film Festival on Sept. 10-18. 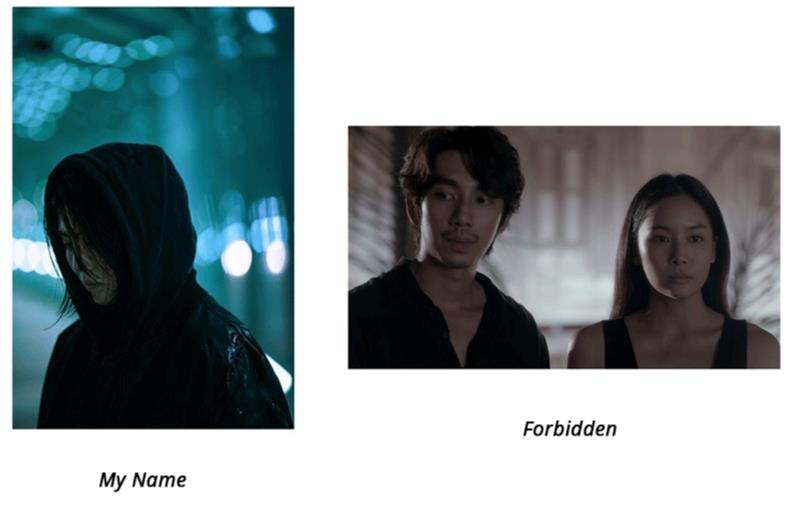 This combined image provided by the Busan International Film Festival shows scenes from “My Name” and “Forbidden.”

“My Name” is director Kim Jin-min’s latest project after the teen crime drama “Extracurricular” (2020) on Netflix. It depicts the story of a woman who infiltrates the police to reveal the secret of her father’s death and seek her revenge.

Co-directed by Thai director Anucha Boonyawatana and Korean-American director Josh Kim, the horror film “Forbidden” is the story of four friends who travel from Bangkok to a remote mountain village for the funeral of one friend’s father.

The Thai director won the Kim Jiseok Award at BIFF 2017.

BIFF has been receptive to non-theatrical releases in recent years. It has invited many Netflix-made movies to its non-competition sections, including “The King” by David Michod and “Marriage Story” by Noah Baumbach in 2019.