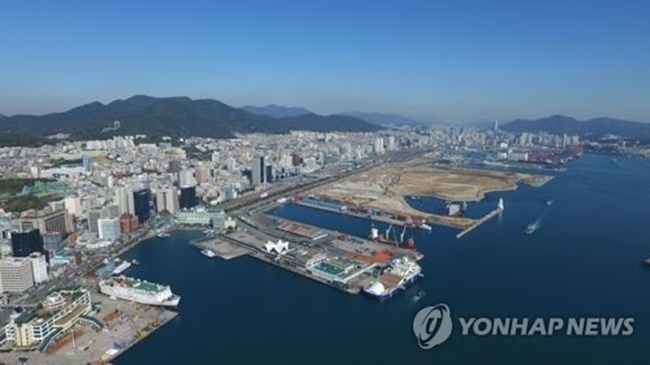 The Ministry of Oceans and Fisheries said it will use the Internet of Things (IoT) technology to upgrade the southeastern port’s cargo management system in the next five years.

The new system will connect equipment, vessels and terminal vehicles via a wireless network to better manage traffic and improve safety at the port, which handled about 400 million tons of cargo last year.

The ministry will also push for the development of infrastructure for autonomous ships to embrace technology that could be in next generation vessels.

To reduce pollutants being created in the operation of the port, authorities will increase the number of liquefied natural gas-powered yard tractors from the current 35 to 100 by the end of this year.

Under a long-term development plan, the ministry said it will push to build a second port in Busan to process rising volumes of traffic by 2030.