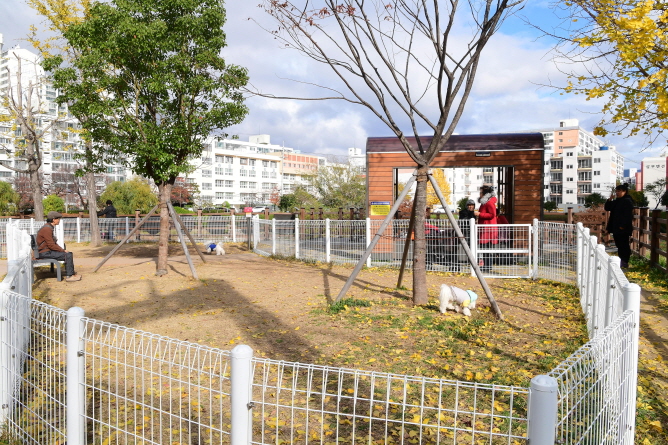 BUSAN, Feb. 18 (Korea Bizwire) — As more households are adopting pets, more South Koreans are going outdoors with dogs and cats, to the dismay of some who would rather not share public space with pets.

Amid the controversy, a new animal park that opened in Busan’s Dongnae District last year is gaining positive responses. 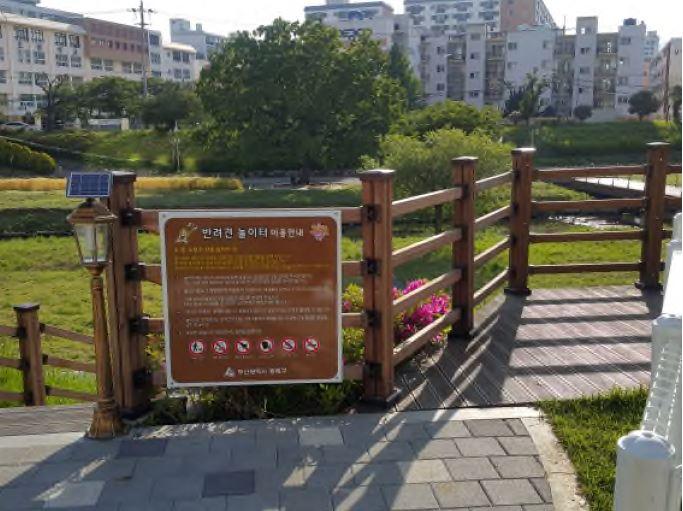 The animal park, which was built on the renovated site of a 1,000-square-meter citizen’s park, is large enough for pets to run around freely. A fence has been set up around the park so that pets do not need to be leashed.

Pet owners can let their pets run and play freely while they sit on benches and under canopies to rest. Solar panel lamps have also been installed to allow visitors to come with their pets at night. 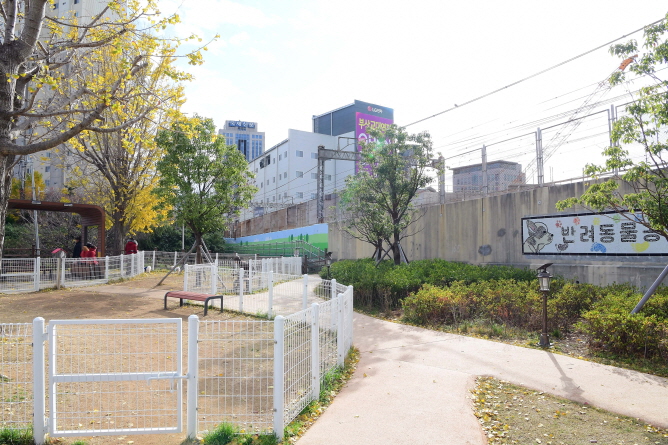