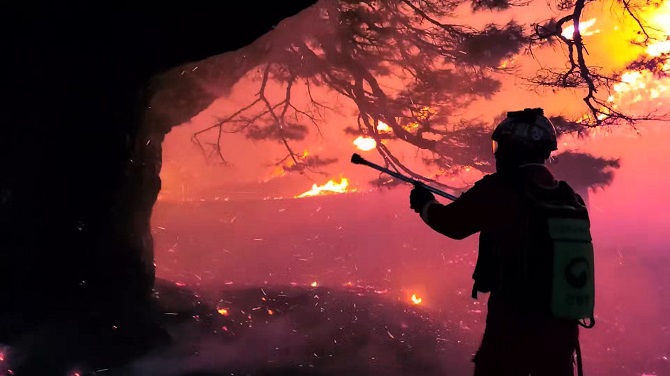 SEOUL, April 30 (Korea Bizwire) — A 160-year-old pine tree engulfed by a forest fire in Hongcheon County, Gangwon Province last March has miraculously survived after a series of procedures and injections.

The tree, which is 6 meters tall and 284 centimeters in circumference, was placed under government protection in 1985. A forest fire left burns on its branches and roots. 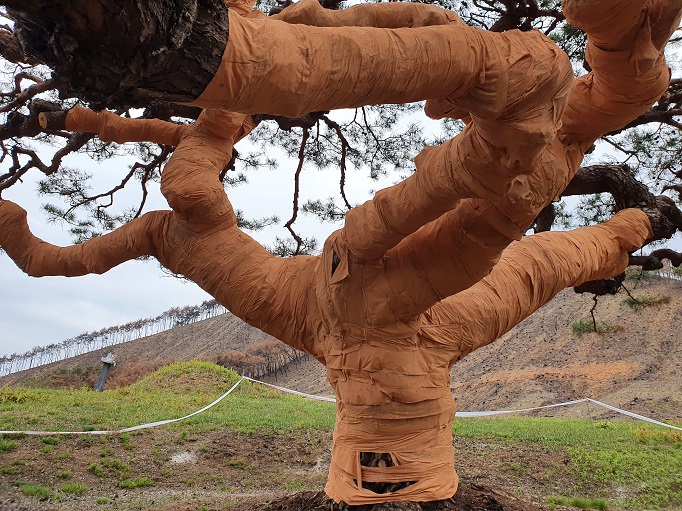 In response, the Gangwon Provincial Office began weekly checks on the tree only two days after the fire was contained, and applied red clay on the branches to soothe the heat.

Authorities took measures to prevent secondary damage by pests, and gave the tree two injections of nutrients to help its recovery. 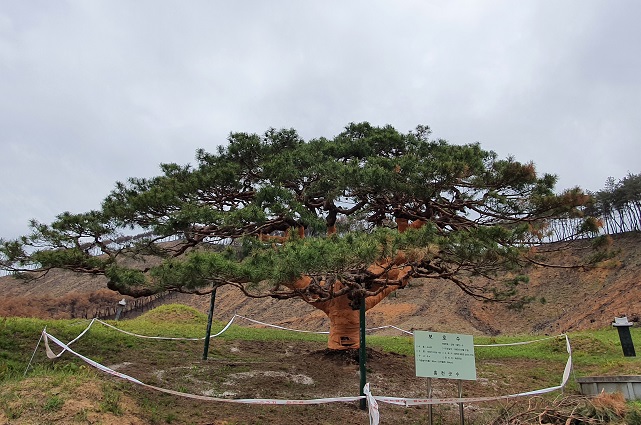 Gangwon Province’s Forest Science Research Institute reported that the tree is currently healthy, and appears to be growing new leaves.