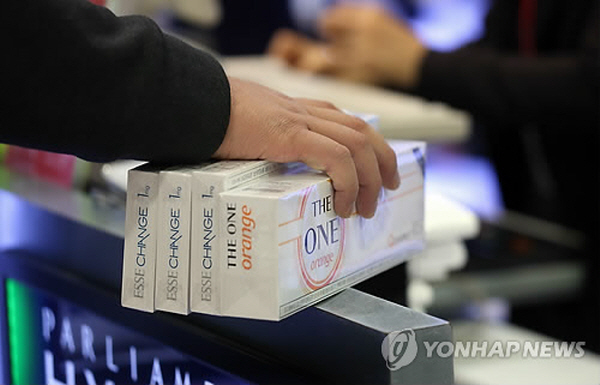 According to the Busan City government, cigarette tax revenues for 2014 were higher than the estimated figures. (image: Yonhap)

BUSAN, Apr. 21 (Korea Bizwire) — The city of Busan is expecting an additional 218.35 billion won (US$ 201.47 million) for its estimated 2014 tax revenues, due to an increase in cigarette tax revenues caused by citizens’ buying spree before the New Year’s cigarette price hike, even though Busan’s population of non-smokers has since increased.

The city expects that there will be revenue increases for each of the 10 taxes currently imposed. For instance, revenues from acquisition tax and license tax are expected to reach 1.77 trillion won (US$ 1.63 billion) and 5.87 billion won (US$ 5.41 million) respectively, higher than the original estimates, due to the results of the Korean government’s efforts to boost property markets.

City officials said that the local government will be able to compensate for the 2013 deficit if the property market continues its revival this year.