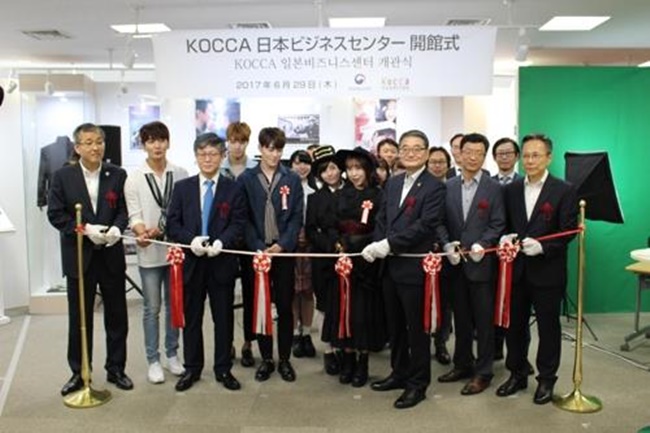 South Korean government officials and other attendees pose for a photo during an opening event of the business center helping Korean content companies enter the Japanese market on June 29, 2017, in Tokyo, Japan. (Image: Yonhap)

The Ministry of Culture, Sports and Tourism and the Korea Creative Content Agency ran the center’s opening ceremony at the Korean Cultural Center inside the Korean Embassy in the city.

The center is expected to assist Korean content businesses by providing them with meeting venues and various services for exhibition and promotion. It will, in particular, be used to introduce Korea’s latest entertainment products made with virtual and augmented reality technologies.

“We hope the business center plays an important role in discovering new business opportunities between the content industries in Korea and Japan,” said Na Jong-min, the ministry’s vice minister during the opening ceremony.