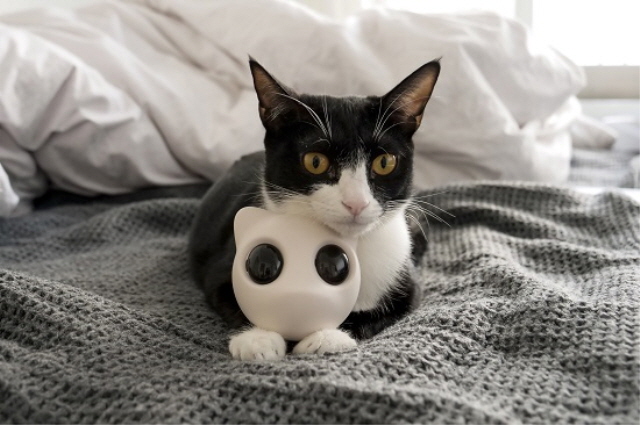 ‘Butler Kang’, which entails health monitoring, analyses the bowel movements of a cat, and detects not only physical but also mental conditions early on.(image: Walkbrain)

SEOUL, Jan. 21 (Korea Bizwire) — Much attention is being paid to a new care system for cats released in China by a South Korean business entrepreneur, Choi Choong-kwang.

According to industry analysts on January 20, the service called ‘Butler Kang’ was introduced in China to check the health of a cat in real time by using a smartphone and big data.

As China is the world’s second largest market for pets after the U.S., the launch is expected to be a precursor to push by Korean businesses to establish a presence in the Chinese market.

‘Butler Kang’, which entails health monitoring, analyses the bowel movements of a cat, and detects not only physical but also mental conditions early on.

Of note, the service can help to prevent serious diseases such as kidney disease and digestive trouble by checking a cat’s bowel movements. The new product fits easily in one’s palm and comes in a cute character shape.

The product was made with the participation of veterinarians in research and development, thus making it easy to use by simply attaching it to a litter box.

The product is simple and innovative and is expected to gain more popularity in the future.

It is very useful as it tells the users of real time toilet use of the cat so that the they can respond quickly to any unusual symptoms.