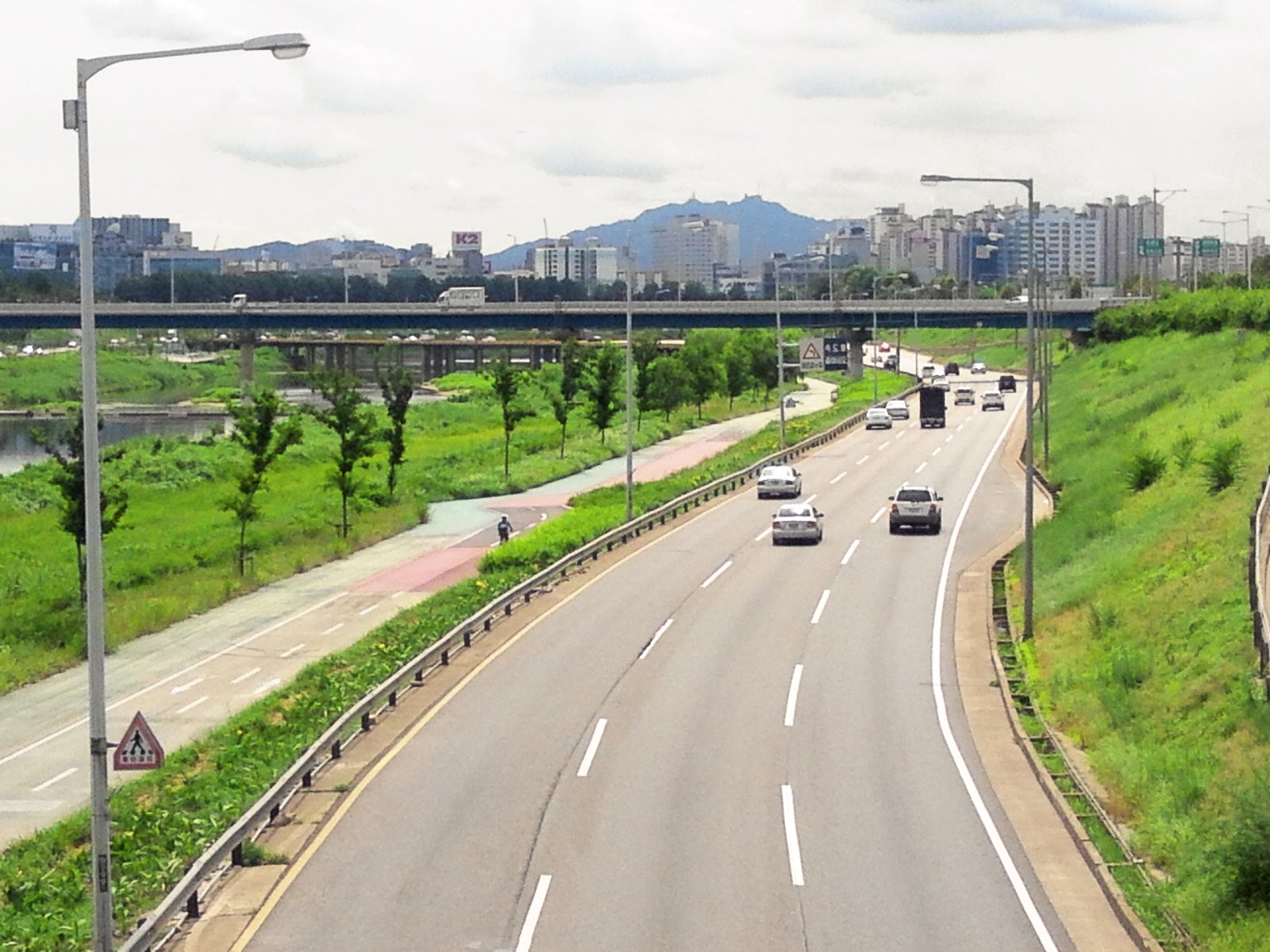 The major part of the master plan deals with expanding the current national highway system of 4,193 km to 5,131 km by 2020, in order to bring 96 percent of citizens to a highway within a 30-minute range. (image: Wikipedia)

SEJONG, July 14 (Korea Bizwire) – At a public hearing held on July 13 at the Korea Research Institute for Human Settlements (KRIHS), the Ministry of Land, Infrastructure, and Transport (MOLIT) announced the First National Road Master Plan which includes details related to the construction and maintenance of national highway systems.

A national road master plan is the highest level of policy-making, and must be approved by the Korean Transport Minister.

The major part of the master plan deals with expanding the current national highway system of 4,193 km to 5,131 km by 2020, in order to bring 96 percent of citizens (currently 78 percent) to a highway within a 30-minute range. Two-lane highways, which consist of 55 percent of all the highways in Korea, will also be increased to 62 percent by 2020.

Furthermore, congested areas of highways with a D level of service, for which MOLIT is considering expansion, will be brought down by 41 percent from 3,899 km to 2,306 km across the country. Widening existing highways, constructing alternate routes, and expanding highway shoulders are expected to improve road capacity, and a traffic notification system that informs drivers of a detour or shortcuts will also be introduced to reduce traffic congestion.

A total of 73 trillion won will be assigned for constructing and managing highway systems over the next several years.

The Transport Ministry also plans to build a C-ITS (Cooperative Intelligent Transport System), which sends traffic information to individual vehicles using ICT, and a smart tolling system, which charges tolls by recognizing license plates on cars, on all highways by 2020.

The government is also deliberating moving part of the Gyeongin Expressway underground, and using idle land around highways to build solar power plants.

Moreover, the First National Road Master Plan includes policy planning for the roads of the future.

As part of the proposed visions, the government plans to introduce C-ITS to major cities by 2035 to implement complete autonomous driving on city roads.

Some even suggested developing an AI-based system that can autonomously do repair work on roads.

Multi-level roads, inter-building roads, wireless charging roads on which electric vehicles can be charged when in use, and using advanced materials to minimize casualties in traffic collisions are also proposed in the government’s future plans.

“The proposed National Road Master Plan will be finalized sometime next month after hearing opinions from local governments and consulting with authorities,” said a government official.