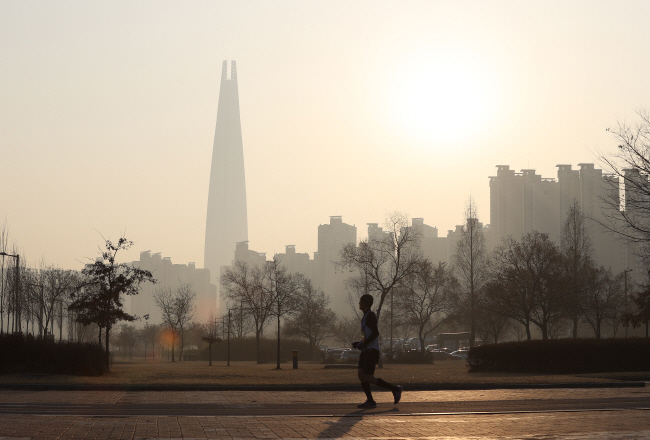 SEOUL, March 24 (Korea Bizwire) — The Cabinet on Tuesday approved a revision to the fine dust law, introducing a set of measures to better fight air pollution.

Under the amendment, the government will be able to restrict the operation of vehicles, coal plants, construction sites and other large emitters during the peak period between December and March.

The seasonal management system was first introduced in December as a one-off scheme.

The revision mandates the environment minister and chiefs of local governments to implement such measures during the four-month stretch every year.

The change will come into force this month, the ministry said.

The revised law also calls for 100,000 won (US$79.85) penalties for those who violate an order to restrict high-emission cars during the peak season.

Currently, the government can impose penalties only after they submit improvement plans. The revision allows the authorities to bypass the process.