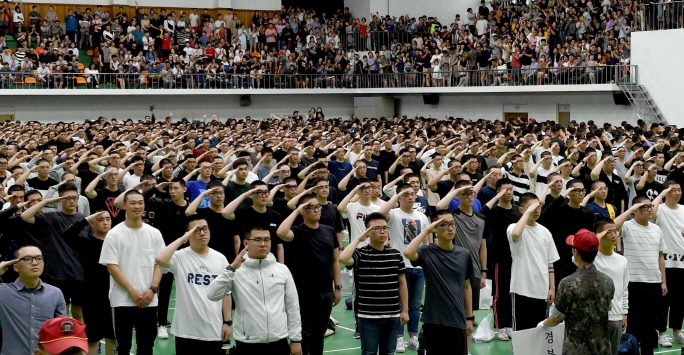 SEOUL, Sept. 3 (Korea Bizwire) — The military manpower agency will conduct a full review of the active-duty military service exemption system, its chief said Monday, amid controversy over dozens of athletes benefiting due to their wins in the latest Asian Games in Indonesia.

Calls have persisted for an overhaul of the decades-old system to ensure fairness and transparency, particularly at a time when the country is seeking to cope with a potential shortage of draftees likely to be caused by the nation’s low birthrate.

“Due to the recent controversy, I felt that time has come for us to look into the exemption system. … (We) plan to conduct an overall review of the system for athletes and artists,” Ki Chan-soo, the commissioner of the Military Manpower Administration, told Yonhap News Agency over the phone.

“We plan to see if we can make institutional improvements in a way that toughens standards for active-duty exemption,” he added

The administration plans to form an internal task force or commission an outside agency to devise plans to improve the special exemption system.

Under the current military service act, an athlete who wins bronze, silver or gold at the Olympics or gold at the Asian Games will be exempt from active-duty service and assigned to nonmilitary public-service jobs. An artist who takes first or second place in an international contest will also be granted an exemption.

Some experts have proposed creating a system under which athletes accumulate a certain amount of points through their victories in international competitions to qualify for the exemption, rather than granting it for winning in a single event.

Later in the day, the defense ministry said that it is not considering a change to the exemption system yet, and that it will solicit opinions on the issue from related agencies, including the manpower agency.