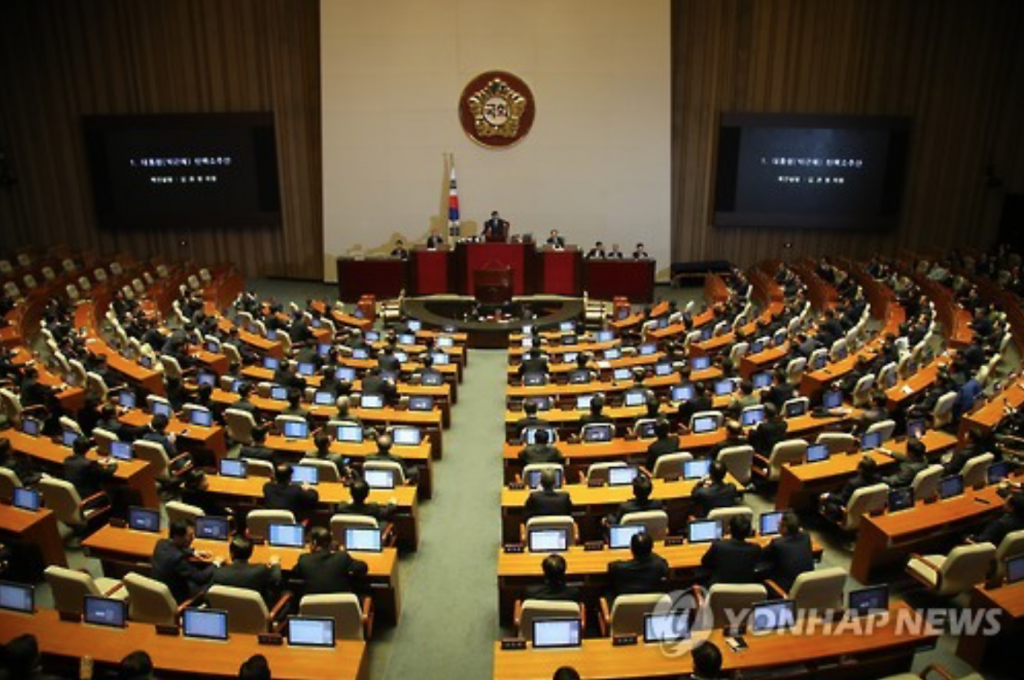 The motion was passed with an approval of 234 lawmakers from the 300-seat National Assembly, meeting the minimum requirement of 200. (image: Yonhap)

SEOUL, Dec. 9 (Korea Bizwire) – South Korea’s parliament on Friday passed a motion to impeach President Park Geun-hye over her alleged link to a corruption scandal involving her confidante that has paralyzed the government for the past several weeks.

The motion was passed with an approval of 234 lawmakers from the 300-seat National Assembly, meeting the minimum requirement of 200. The passage suspends all the president’s authority as the head of state before the Constitutional Court announces its review.

The Constitutional Court will review the legitimacy of the motion, which will take up to 180 days. It took 63 days for the court to dismiss the impeachment motion against late former President Roh Moo-hyun in 2004.

Before a ruling is made, the country’s prime minister will take on the responsibility of president.

With the next presidential election originally slated for December 2017, if the court rules against Park, the country will have to re-schedule the race to an earlier date. By law, a general election must take place within 60 days of a president stepping down or being removed from office.

The impeachment was proposed by South Korea’s three opposition parties, claiming Park violated the Constitution and other rules in relation to the influence-peddling scandal of her confidante Choi Soon-sil. Choi is suspected of exerting influence on state affairs and enjoyed unlawful benefits.

Park, who has consistently argued that the charges leveled against her are untrue and politically motivated, earlier clarified she will wait for the Constitutional Courts review and stated she contests all accusations to prove her innocence. The remarks indicate she will not step down from her post voluntarily.