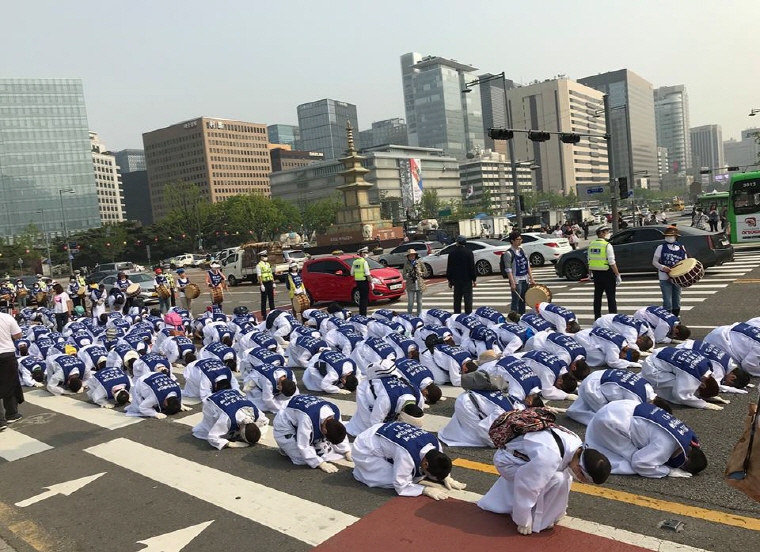 SEOUL, May 1 (Korea Bizwire) — The Korean Parents’ Network for People with Disabilities, a national civic group composed of parents whose children are affected by developmental disorders, held a protest near the Blue House on Monday.

The protest had 2,000 people “taking three steps after taking a bow”, following a Buddhist tradition, to convey the missive that the government should put in place a state system to care for those affected with developmental disabilities. 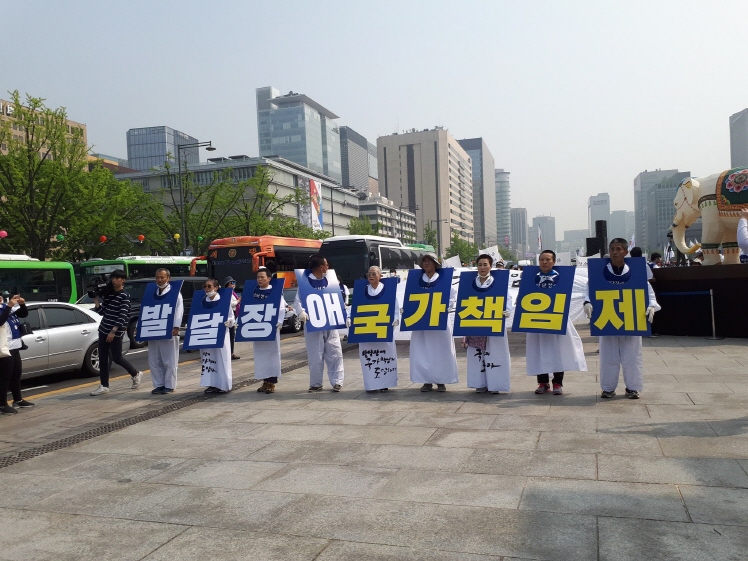 In a written statement, the KPNPD requested that the state take responsibility for those with developmental disorders and that a civic committee be formed to tackle the issue of allocating financial support.