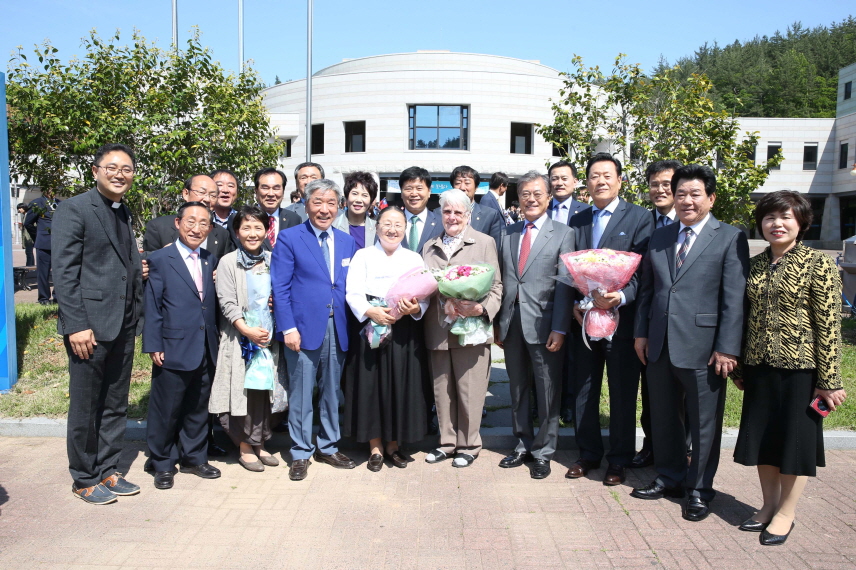 SEOUL, Nov. 23 (Korea Bizwire) — A joint government-civilian committee kicked off Thursday to campaign for nominating two elderly Austrian women for the Nobel Peace Prize for their 40 years of service to South Korean leprosy patients on the remote island of Sorok.

Former Prime Minister Kim Hwang-shik is chairing the 35-member committee aimed at drumming up local and international support for the push to nominate the two nurses — Marianne Stoeger, 82, and Margareta Pissar, 81 — for the Nobel honor.

The committee also includes lawmakers, professors, business leaders and senior local government officials. The government of South Jeolla Province, in which Sorok island is located, is backing the committee.

After graduating from nursing college in Austria, Stoeger and Pissar moved to Sorok in 1962 and 1966, separately, after learning that the island was in need of nurses. It had been known and shunned for more than 100 years as a lepers’ colony.

The two, better known here as Sisters Marianne and Margareta even though they were not ordained, spent the next 40 years working at the National Sorok Island Hospital as volunteer nurses without pay before they returned to their home country in 2005.