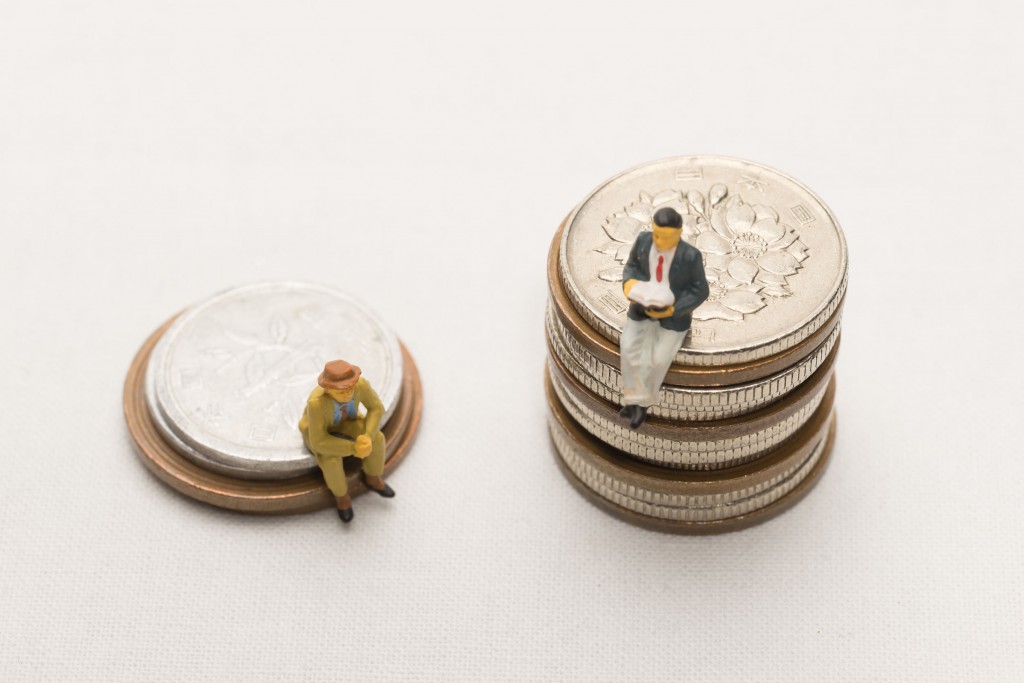 It means that the top 20 percent income bracket had nine times more earnings than those in the bottom 20 percent last year. (image: KobizMedia/ Korea Bizwire)

The Gini coefficient of total income of an average household stood at 0.353 in 2016, up from the previous year’s 0.341, according to the data compiled by Statistics Korea.

The numbers for household’s disposable income, which involves tax payments and government subsidies and pensions, was 0.304 in 2016, up from 0.295 a year earlier.

As a result, the index of government policies’ effects on income distribution, measured by the difference of the Gini coefficient between the total and disposable income, rose to 0.049 last year from 0.046 a year earlier.

The Gini coefficient is one of the main measures that gauge income disparity between the haves and have-nots. A reading of zero means complete income equality, while higher numbers nearing 1 indicate a widening gap in earnings between the rich and poor.

It means that the top 20 percent income bracket had nine times more earnings than those in the bottom 20 percent last year.

But in terms of disposable income, the ratio reached 5.45 last year, up slightly from the previous year’s 5.11.

“Due to a protracted economic slump last year and a rapidly aging population, the income disparity broadened last year,” said an official from the statistics office. “But through various policy tools including tax and benefits, the Gini coefficient and income distribution of disposable income were better than those of total income.”

Moreover, the latest data also showed that the income disparity among the retired people aged over 66 was far wider than the average amid the country’s rapid aging trend.

The Gini coefficient of total income of seniors reached 0.547 last year, while the total income distribution ratio shot up to 68.13.