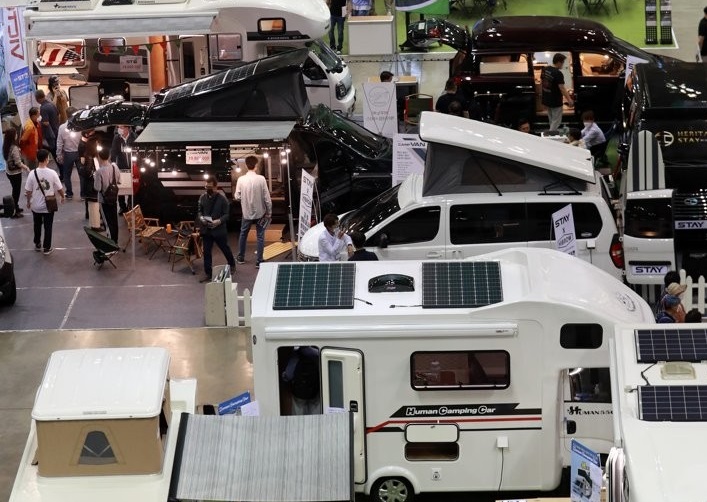 A variety of camping cars are on display at the 2020 Korea Camping Car Show at an exhibition center in Busan on May 28, 2020. (Yonhap)

SEOUL, July 17 (Korea Bizwire) — As the coronavirus pandemic continues to emphasize the importance of social distancing, car camping, or auto camping as it is commonly referred to in South Korea, is rising as a new travel trend.

In the current situation where travelling is limited due to the pandemic, auto camping is rising as a popular alternative for summer vacation.

The Ministry of Land, Infrastructure and Transport recently amended legislated to allow a variety of different cars and trucks to be modified into so-called “camping cars” as part of its efforts to promote auto camping.

Shinhan Card Co., a credit card affiliate of Shinhan Financial Group Inc., analyzed credit card statements issued between March and May of this year, which revealed that more than 19,000 people visited campgrounds, which was 209 percent higher than last year (6,000 people).

Among them, families with toddlers and singles comprised 31 percent of the total. Age-wise, people in their 30s accounted for 45 percent of all campers. 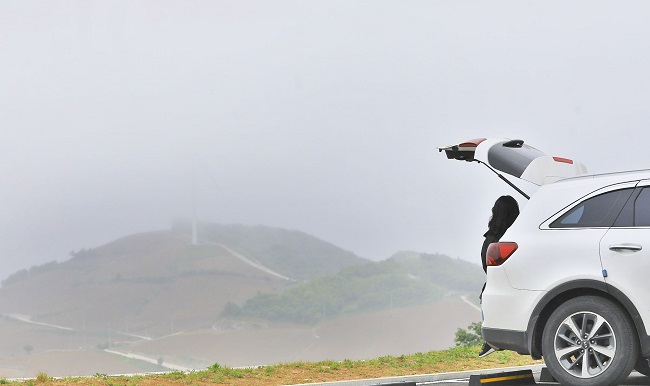 Anbandegi Village located in Gangneung, Gangwon Province is one of the most popular auto camping sites among enthusiasts.

Located 1,100 meters above sea level, Anbandegi is a great place to gaze up at the stars since most of the land is covered with farm fields instead of artificial lights.

In the mornings, visitors can enjoy the beautiful view created by the mist and green cabbage fields.

Mongsanpo Camping Ground located in Taean County, South Chungcheong Province, neighbors a beach as well as forests, allowing visitors to enjoy them both.

The increasing popularity of auto camping is also prompting distributors to jump into the market.

Car camping mats are used to ‘level’ the floor inside the car after folding down the seats to create a place to sleep. 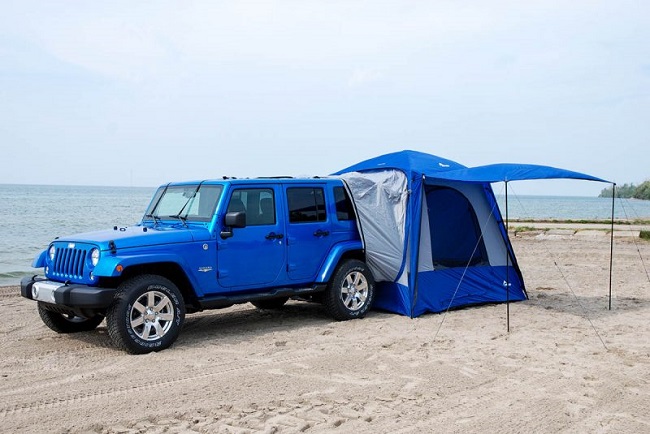 Supermarket chain Emart, during a nine-day pre-order event in May for Napier’s Sportz SUV Tent that cost 399,000 won (US$330) each, sold four times more than expected.

The hosts will give out 5,000 limited edition cooler bags for customers purchasing more than three Simply Cook products.

Kia will also give out Simply Cook products to those who post their ‘weekend plans with Seltos’ on the company’s official website.

Early this month, Hyundai Motor Co., South Korea’s biggest carmaker by sales, introduced the Porest – a recreational vehicle that is a variation of the Porter II – which will sell for around 40 million won, adding to its RV lineup.