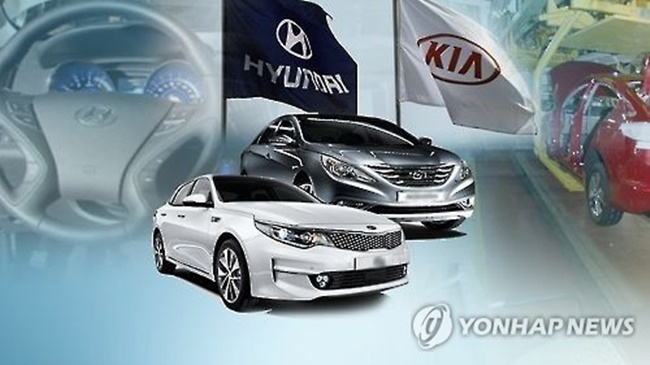 Compared to gasoline-powered vehicles, diesel cars emit less carbon dioxide by roughly 20-30 percent, though it exudes more fine dust into the air. If the Moon government makes the pledge into the bill, existing diesel cars owned by individuals could be subject to the total ban, the KAMA executive said. (Image: Yonhap)

SEOUL, May 16 (Korea Bizwire) – Carmakers on Monday balked at President Moon Jae-in’s pledges against diesel-powered vehicles, citing no alternatives to the fuel-efficient cars particularly for businesses.

During the campaign, President Moon vowed to fully remove diesel-fueled vehicles from the street by 2030 to help sharply reduce air pollutants. He said his government will reduce fine dust emissions from diesel cars by more than 30 percent during his five-year term that began Wednesday.

But automakers, at home and abroad, are hesitant, citing an impact on businesses which heavily rely on fuel-saving diesel vehicles such as trucks and buses.

“Banning all diesel cars from the street is hardly acceptable because diesel cars are essential not only for businesses but are favored thanks to their excellent fuel economy,” Kim Tae-nyen, executive managing director of the Korea Automobile Manufacturers Association (KAMA), told Yonhap News Agency.

Car manufacturers are expected to come out with far less harmful particle-emitting diesel models in the coming years to meet the latest Euro6 emissions standards. So any full-scale halt to the sale of diesel will be a major hit for carmakers, he said.

Compared to gasoline-powered vehicles, diesel cars emit less carbon dioxide by roughly 20-30 percent, though it exudes more fine dust into the air. If the Moon government makes the pledge into the bill, existing diesel cars owned by individuals could be subject to the total ban, the KAMA executive said.

“Diesel cars which satisfy the Euro6 standards emit only one-hundredth of pollutants compared to the old models. Technology will further drive down emissions in diesel cars and there is no replacement to diesel cars in terms of fuel efficiency,” Yoon said.

Seven out of 10 imported vehicles sold in the January-April period here were diesel cars, according to KAIDA data.

Experts say global carmakers are gradually reducing the ratio of diesel cars in their lineup. Instead, they increasingly focus on developing emission-free electric cars and environment-friendly vehicles.

Moon’s pledge is in line with global trends, they said, recommending each government raise the price of technologically advanced diesel cars to drive down sales.

Under the order, eight coal power plants aged 30 years or older will be closed for 30 days starting June 1, according to the presidential office Cheong Wa Dae.