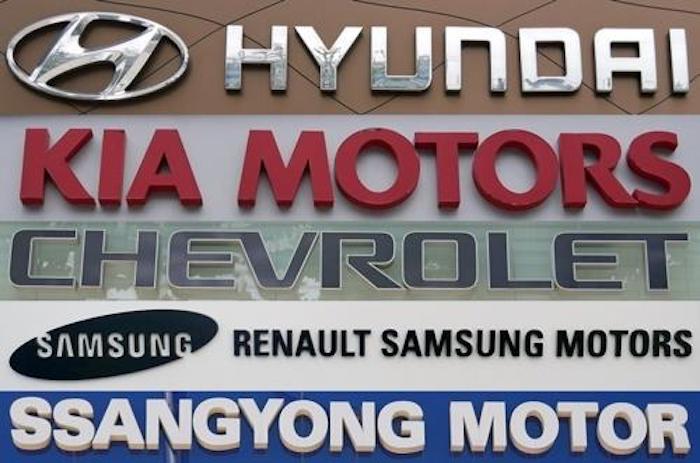 The overall sales figure was affected by weak demand in major markets, such as China and the United States, the world’s two biggest automobile markets. (image: Yonhap)

The overall sales figure was affected by weak demand in major markets, such as China and the United States, the world’s two biggest automobile markets.

But sales of its 34 percent-owned affiliate Kia rose 1.2 percent to 208,908 from 206,348 during the same period on improved domestic demand for its sport-utility vehicles.

This year, the two carmakers said they will focus more on reviving sales, particularly in the U.S. and China, by launching a total of 13 new or facelifted models.

As for challenges ahead, they expect the ongoing trade war between the so-called G-2 economies and slowing global economy to remain major hurdles for Hyundai and Kia, which together form the world’s fifth-biggest carmaker by sales.

The two carmakers have set a conservative target of 7.55 million vehicles for 2019 after missing their target for 2018. They sold 7.4 million units last year.

The companies have been struggling with a decline in sales in major markets after failing to recognize consumers’ growing appetite for SUVs.

This year, Hyundai and Kia plan to launch the Palisade flagship SUV and the upgraded Soul boxcar in the U.S. and other markets to stimulate sales.

GM Korea, the South Korean unit of General Motors Co., reported a 8.7 percent on-year decline in January sales to 38.705 autos from 42,401 a year ago. GM Korea launched the U.S.-made Equinox SUV and the upgraded Chevy Spark mini car in June last year, but they didn’t help.

But SsangYong Motor’s sales slightly recovered on robust demand for the Rexton Sports SUV. Sales rose 7.7 percent to 10,988 from 10,205.