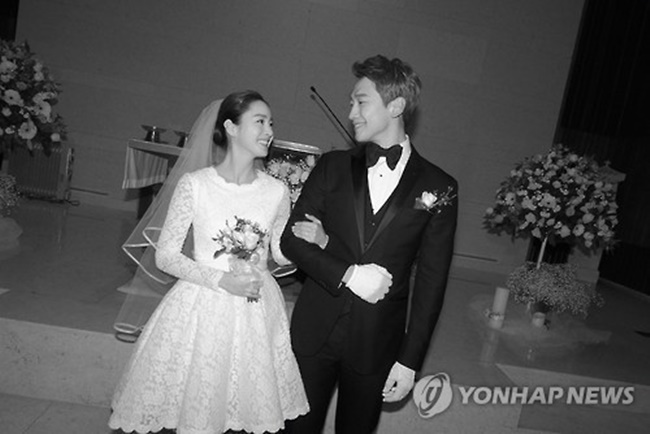 In this photo provided by the Rain Company, singer-actor Rain and actress Kim Tae-hee smile during their wedding at Gahoe-dong Church in central Seoul on Jan. 19, 2017. (Image: Yonhap)

“The couple has just learned of the pregnancy” said Lua Entertainment, which represents Kim. The 37-year-old actress is 15 weeks into her pregnancy, according to the company.

Kim will concentrate on giving paternal care to the unborn child while also preparing to become a good mother and a wife, the company explained.

Rain, whose real is name Jung Ji-hoon, and Kim got married in January. The two stars first met on a TV commercial set in 2011 and officially started dating in the fall of 2012.