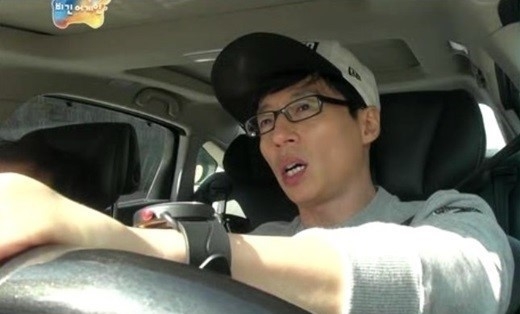 SEOUL, Nov. 9 (Korea Bizwire) – To marketers, celebrities are a good opportunity to accelerate their brand image because consumers often misunderstand that the goods are equal to the celebrities who wear or use them. The delusion almost always drives up huge sales of the merchandise. That is why a wide range of products are given to renowned stars as a way of sponsorship to create a brand buzz.

Celebrity endorsements have generated a huge promotion of some stuff. Miranda Kerr’s shoes, Olsen twins’ clothes and even Steve Jobs’ New Balance shoes came into vogue in South Korea. Lately, popular Korean actress Jun Ji-hyun made a Celine coat and a Saint Laurent coat a fashion in Korea as well as in China, which allowed inexpensive copied coats to sweep the market.

Celebrity sponsorship nowadays turns airports into an arena for another fashion show stage. Consumers keep an eye on what stars wear from head to toe when they appear on the airport, which makes “airport fashion” very important to not only fans but also superstars themselves. Brand marketers, therefore, provide their items to celebrities and ask them to wear when they go abroad.

Aside from the promotion of sales, the endorsements sometimes spread good wills in our society. Popular and esteemed Korean comedian Yu Jae-suk put on a wristwatch dubbed “coffee bean watch” from the Moment Watch Company in his show program “Infinite Challenge.” The watch company donates 30 percent of its proceeds to help people in need such as Mongolian orphans. After it was aired, the 40-dollar watches were totally sold out. The episode shows that a star can unintentionally do good when he or she wears or uses right products.

However, there are also unintended side effects. Even though stars receive goods in return for its marketing, sometimes too many endorsements cause some eyebrows to raise. A Korean Playboy model Lee Pa-nee once confessed that she has sponsored a lot from dresses to her wedding ceremony to plastic surgery. When she got married, her wedding dress, a wedding car, wedding photos and even a honeymoon hotel stay were offered for free on condition of her efforts on marketing. She even got a 30-million-won orthognathic (or double-jaw) surgery free of charge as part of the hospital’s promotion.

The sponsorship sometimes brings lawsuits. A plastic surgeon sued a beautiful rookie actress Cheon Yi-seul for failing to fulfill her duty of marketing. The doctor’s office provided her with plastic surgery as her agency reportedly promised to make her promote the office. But the actress insisted that she never heard of the marketing promise. Rather, the doctor’s office utilized her fame without her consent, she claimed.

Celebrity endorsement advertising is definitely a good way for brand marketers to promote their goods. It is also a pleasant chance for superstars to wear and use fine and fashionable merchandise. However, runaway sponsorship inevitably causes huge problems like lawsuits. It would harm brand image as well as celebrities’ names, but it might be consumers who get hurt most.