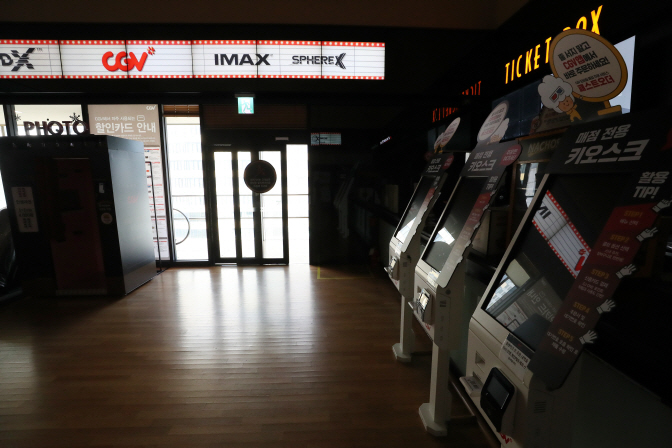 SEOUL, April 24 (Korea Bizwire) — CGV, South Korea’s largest multiplex chain, said Friday that it will reopen 36 theaters next week that have been shut down for about a month due to business disruptions stemming from the novel coronavirus pandemic.

“We will restart operations in a bid to overcome the crisis by revitalizing the virus-hit film industry and our neighborhood economy,” an official from the company said.

Theaters, including those in Myeongdong and Daehangno, central Seoul, will resume operations from Wednesday, she said.

CGV, an affiliate of Korean entertainment giant CJ Group, has closed 36 out of 116 cinemas nationwide since March 28, to deal with a sharp drop in ticket sales.

With the spread of COVID-19 peaking in March, the number of moviegoers fell to an all-time low of 1.83 million last month. A year ago, 14.67 million tickets were sold across the nation over the one-month period.

“We are still struggling with decreasing moviegoers and mounting expenses like rent,” the CGV official said. “But we decided to reopen the theaters in consideration of the whole industry involving investors, producers and distributors.”

The company said it will keep its clients spread out in theaters by limiting the number of tickets available for showings as part of social distancing.

The reopening came as South Korea’s daily confirmed cases of the coronavirus have remained around 10 for the past few days.

Some homegrown and foreign-made movies that have pushed back their premieres in the spring are reportedly considering setting up release schedules in the near future.